CHRISTCHURCH, New Zealand, March 13 (Xinhua) -- An official remembrance service was held here on Saturday to mourn the death of 51 people as a result of the terror attacks at two mosques in Christchurch on March 15, 2019.

Temel Atacocugu, right, who survived being shot nine times during the attack on the Al Noor mosque, cries as he speaks at a National Remembrance Service, Saturday, March 13, 2021, in Christchurch, New Zealand. (Photo: AP)

Many others were also injured and traumatized in the terror attacks of the day two years ago when Prime Minster Jacinda Ardern called it "New Zealand's darkest day."

Last year's national remembrance service to mark the first anniversary was cancelled due to the COVID-19 pandemic. The second anniversary service, which was attended by about 1,000 people, became the first national memorial held after the tragic incident.

With the country currently at COVID-19 Alert Level 1, this year's remembrance service got the green light to go. Measures were put in place to keep people safe, including encouraging physical distancing and use of the New Zealand COVID tracer apps.

Those most affected by the attacks, including survivors and families of the victims, told their stories at the event named "Ko Tātou, Tātou, We Are One." The service was live-streamed for those who could not attend.

It is an opportunity to remember those who died in the attacks on the Christchurch mosques two years ago, organizers said. The service was jointly led by the local Muslim community, the government, and other social groups.

Those who died in the attacks were honored in a portrait of remembrance on screen at the event, while the names of the 51 men, women and children killed in the shootings were read out, and a minute's silence was observed. 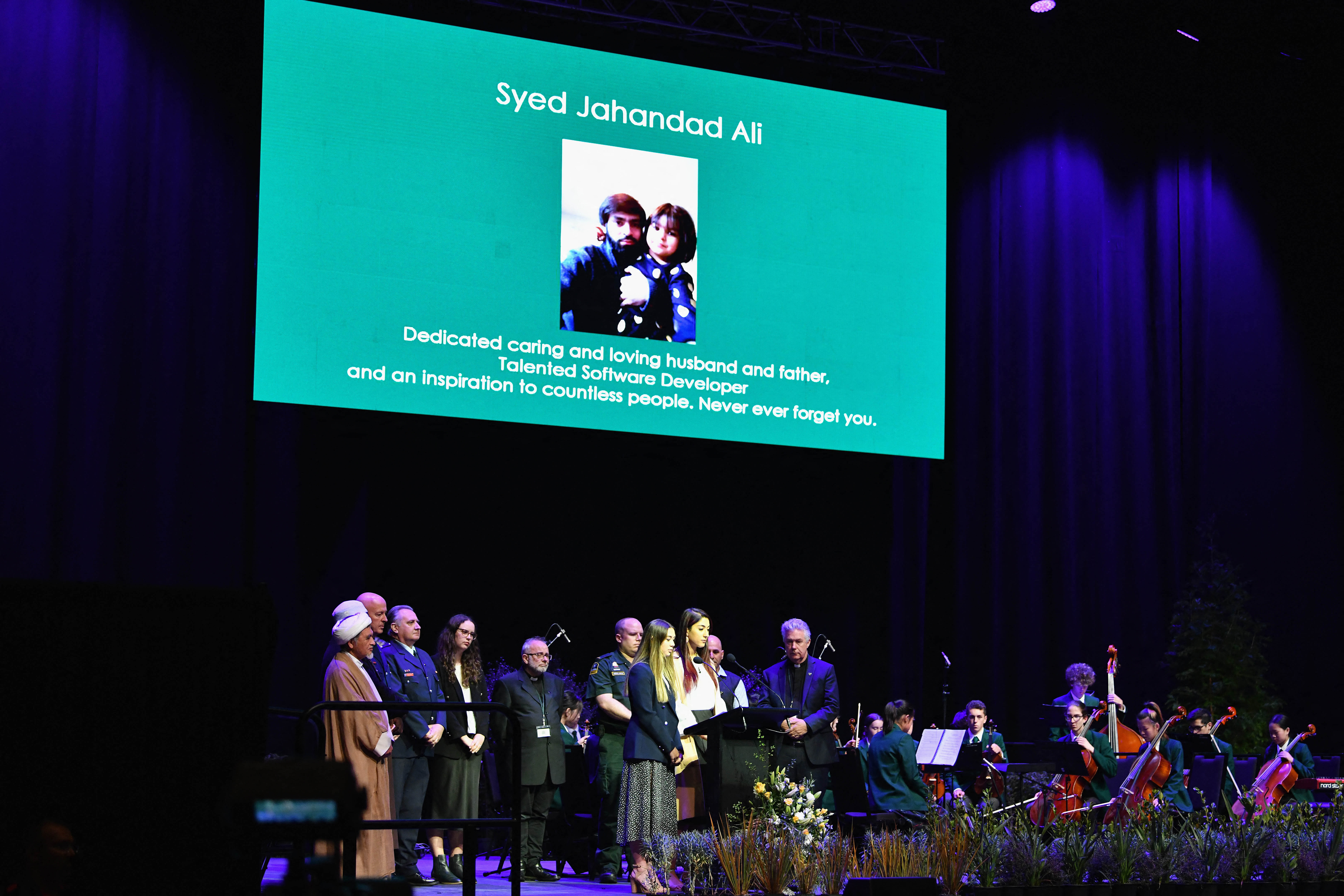 The names of the people who lost their lives in the mosque attacks are read out during a national remembrance service in Christchurch on March 13, 2021, to mark two years since the Christchurch mosque attacks in which 51 people were killed and dozens were injured following the mass shooting on March 15, 2019. (Photo: AFP)

Ardern told the crowds of people "Much has been said, but words, despite their healing power, will never change what happened that day. Words will not bring back those men, women and children who gathered at their place of worship, quietly and peacefully when they were taken in an act of terror."

"Words will not take away the trauma that families, those who were injured, first responders, passersby who became rescuers and so many others experienced that day. But while words cannot perform miracles, they do have a power to heal. That means we must use them wisely," said the prime minister.

Mayor of Christchurch Lianne Dalziel said the second anniversary is an opportunity for people to come together in unity as they did in the wake of the attacks.

"We can join together to remember those who died and were injured and traumatized, along with the people who responded, from bystanders to the emergency services and hospital staff. It is also an opportunity to reflect on the response which rejected hatred and division and embraced love, compassion and unity," Dalziel said.