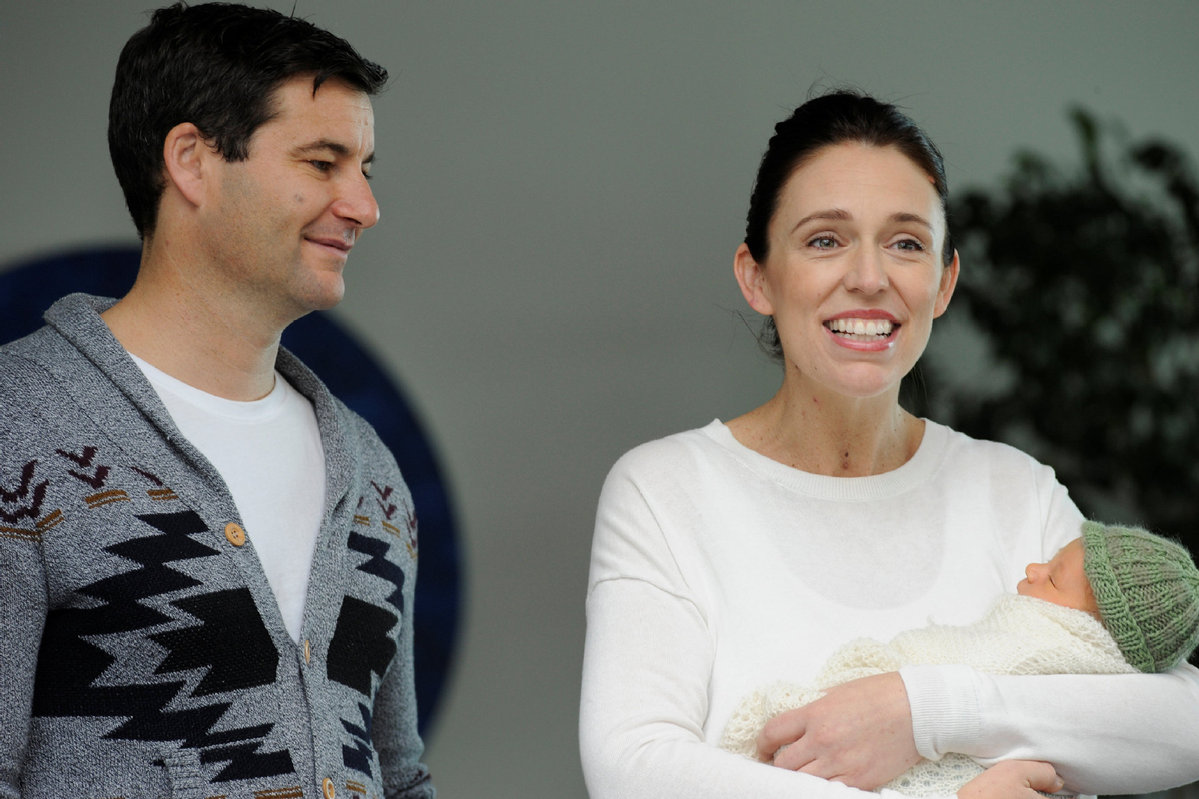 WELLINGTON, New Zealand — New Zealand Prime Minister Jacinda Ardern and her partner Clarke Gayford have named their baby daughter Neve and say they want her to grow up in a world in which she can make choices about her family and career based on what she wants.

Ardern made her first public appearance on Sunday since giving birth to her daughter on Thursday.

She answered a few questions from reporters while holding her baby at Auckland City Hospital before she planned on returning home. She will take six weeks of leave before returning to work.

Ardern is just the second elected world leader to give birth while holding office. Many hope the 37-year-old will become a role model for combining motherhood with political leadership.

She said the couple struggled for months trying to choose a name and decided to wait until the baby was born to figure out which one fitted best. The baby's full name is Neve Te Aroha Ardern Gayford.

Ardern said Neve means "bright" and "radiant" as well as "snow," which was fitting because the baby was born on the Southern Hemisphere's winter solstice. Te Aroha means "love" in New Zealand's indigenous Maori language, and Ardern said that name reflected the amount of love and generosity that people had shown the couple even before the baby arrived.

She said she hoped that one day having a baby while leading a country would not be seen as a novelty.

"So I hope for little girls and boys that actually there's a future where they can make choices about how they raise their family and what kind of career they have that are based on what they want and what makes them happy," she said. "Simple."She said that having a child would likely make her view the world differently and enhance political views that were already focused on children.

The last leader to give birth while holding office was late Pakistani Prime Minister Benazir Bhutto, who had Bakhtawar in 1990.

New Zealand's Deputy Prime Minister Winston Peters has taken over as the acting prime minister until Ardern returns to work.

Ardern said that while she is on leave, she would be finding her way as a new parent.

"We'll do what every other parent does and learn the little nuances of the way that Neve wants to work," she said. "And just figure things out as we go."