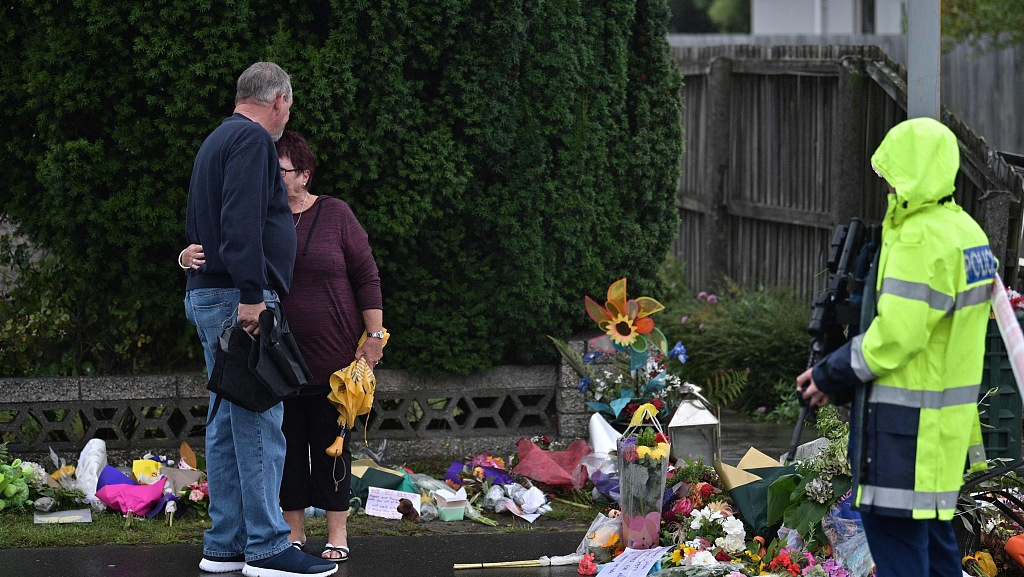 A man and woman hug each other after leaving flowers next to a cordon blocking a road that leads to Linwood Mosque, one of the two mass shooting sites in Christchurch, New Zealand, March 17, 2019. (Photo: VCG)

The death toll in the New Zealand mosque shootings has risen to 50 after investigators found another body at one of the mosques, New Zealand police said on Sunday, as authorities worked to identify victims and release their bodies to families.

Police Commissioner Mike Bush said the body of the 50th victim was found at the Al Noor mosque, where more than 40 people died after a gunman entered and shot randomly at people with a semi-automatic rifle with high-capacity magazines, before traveling to a second mosque.

Prime Minister Jacinda Ardern said on Sunday at a media briefing that 50 people were injured and 12 of them are in critical condition.

Friday's attacks, which Ardern labeled as terrorism, came as the worst ever peacetime mass killings in New Zealand and the country had raised its security threat level to the highest.

The main suspect, Brenton Harrison Tarrant, a 28-year-old Australian man, was charged with murder on Saturday. 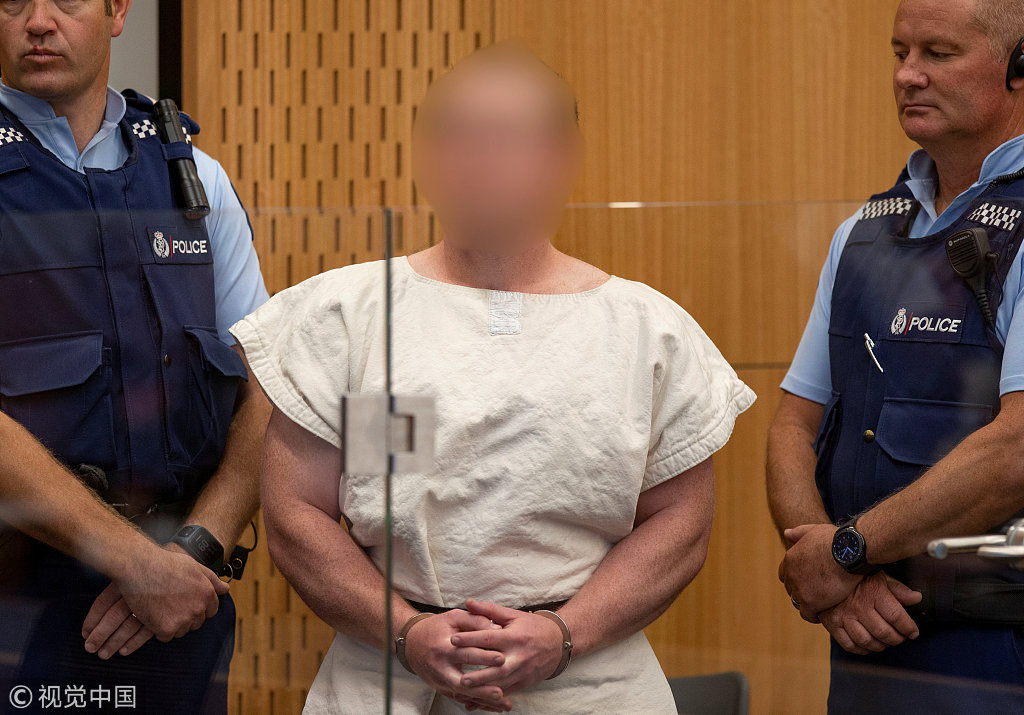 Brenton Tarrant, charged for murder in relation to the mosque shootings, is seen in the dock during his appearance in the Christchurch District Court, New Zealand, March 16, 2019. (Photo: VCG)

Tarrant was remanded without a plea and is due back in court on April 5 where police said he was likely to face further charges.

Ardern said Facebook's chief operating officer Sheryl Sandberg has sent condolences over the shootings and will discuss the live-streaming issue directly with Facebook.

"Certainly, I have had contact from Sheryl Sandberg. I haven't spoken to her directly, but she has reached out, an acknowledgment of what has occurred here in New Zealand," Ardern said a media conference when asked if Facebook should stop live-streaming.

Footage of the attack on one of the mosques was broadcast live on Facebook.

The company said it had removed 1.5 million videos of the shootings in the first 24 hours.

Ardern said her office received a "manifesto" from the suspect minutes before Friday's attack.

"I was one of more than 30 recipients of the manifesto that was mailed out nine minutes before the attack took place," Ardern told reporters on Sunday.

Earlier Ardern's office said the suspect sent it by email to a generic address for the prime minister, the opposition leader, the speaker of the parliament and around 70 media outlets just minutes before the attack.

A spokesman said there was "nothing in the content or timing that would have been able to prevent the attack."

The document also posted on social media before the shooting.

Bodies to be returned to families by Wednesday

The victims of a terror attack on two Christchurch mosques range in age from 3 to 77 and include at least four women, according to a list being circulated by families of the deceased.

Bodies would be handed over to families from Sunday evening and are expected to be returned by Wednesday, Arden said at a news briefing on Sunday.

Full details of who died in the attack have yet to be confirmed publicly by authorities, and the list is not complete, but it documents the international scale of the tragedy, with people hailing from across the Muslim world and members of two generations of the same family killed.

The document provides the names of 44 men and four women, and so is missing the identities of two of the 50 victims confirmed as dead by police.