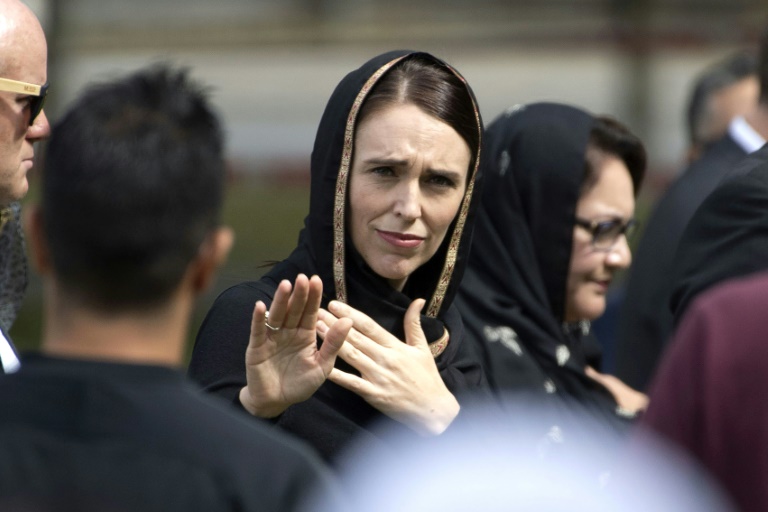 New Zealand's Prime Minister Jacinda Ardern gestures as she departs following a gathering for congregational Friday prayers last week. She has called for an official judicial inquiry into the mosque massacres. (Photo: AFP)

New Zealand Prime Minister Jacinda Ardern on Monday ordered an independent judicial inquiry into whether police and intelligence services could have prevented the Christchurch mosque attacks on March 15.

Ardern said a royal commission -- the most powerful judicial probe available under New Zealand law -- was needed to find out how a single gunman was able to kill 50 people in an attack that shocked the world.

"It is important that no stone is left unturned to get to how this act of terrorism occurred and how we could have stopped it," she told reporters.

New Zealand's spy agencies have faced criticism in the wake of the attack for concentrating on the threat from Islamic extremism.

Instead, the victims were all Muslims and the massacre was allegedly carried out by a white supremacist fixated on the belief that there was an Islamist plot to "invade" Western countries.

"One question we need to answer is whether or not we could or should have known more," Ardern said.

"New Zealand is not a surveillance state ... but questions need to be answered." 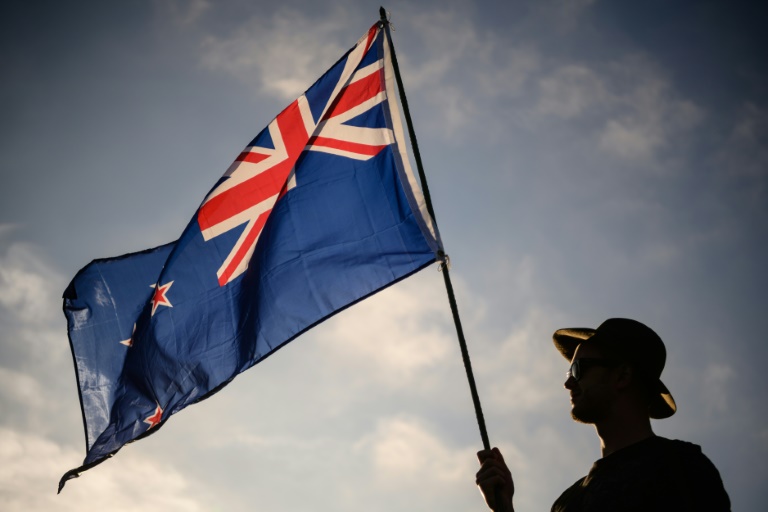 A man raises a New Zealand flag as he attends a vigil in memory of the twin mosque massacre victims in Christchurch. (Photo: AFP)

Ardern ruled out New Zealand re-introducing the death penalty for accused gunman Brenton Tarrant, 28, who was arrested minutes after the attack on the mosques and has been charged with murder.

She said details of the royal commission were being finalised, but it would be comprehensive and would report in a timely manner.

It will cover the activities of intelligence services, police, customs, immigration and any other relevant government agencies in the lead-up to the attack.

The gunman livestreamed the attack online, although New Zealand has outlawed the footage as "objectionable content".

Ardern reiterated her believe it should not be aired.

"That video should not be shared. That is harmful content," she said when questioned about Turkish President Recep Tayyip Erdogan showing excerpts of the footage at campaign rallies for local elections this month.

Erdogan had angered both Wellington and Canberra with campaign rhetoric about anti-Muslim Australians and New Zealanders being sent back in "coffins" like their grandfathers at Gallipoli, a World War I battle.

New Zealand Foreign Minister Winston Peters travelled to Istanbul to meet Erdogan and address an emergency meeting of the Organisation of Islamic Cooperation.

Peters said OIC members were full of praise for the support New Zealand had offered its small, tight-knit Muslim community in the wake of the killings.

"A number of them were weeping and sobbing at the demonstration (of support) by non-Muslim New Zealand towards the Muslim victims," he told reporters.

"It was dramatic and I was told by countless ministers that they've never seen anything of that type."

The body of an Indian student killed in the Christchurch mosque attacks, meanwhile, was returned Monday to her grieving family in Kochi, where relatives remembered a bright young woman dedicated to her studies.

Ansi Alibava, 25, was the first of at least five Indians shot dead on March 15 to be repatriated.

The family planned to hold a funeral ceremony for the masters student in their nearby hometown of Kodungallur.