New Zealand plans to withdraw all Iraq troops by next June 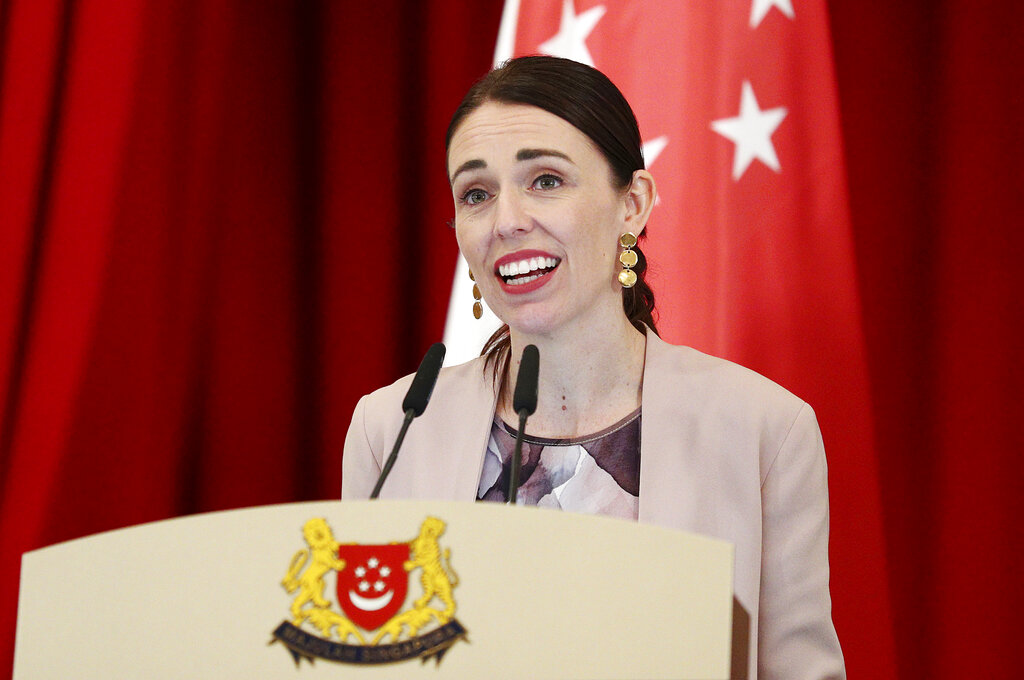 In this May 17, 2019, file photo, New Zealand's Prime Minister Jacinda Ardern speaks during a joint press conference at the Istana or presidential palace in Singapore. New Zealand announced Monday, June 10, that it will withdraw all of its troops from Iraq by next June. (Photo: AP)

New Zealand announced Monday that it will withdraw all of its troops from Iraq by next June.

New Zealand has a small contingent of 95 so-called noncombat personnel deployed at the Taji Military Complex northwest of Baghdad, where they are tasked with training Iraqi security forces.

The training mission is a joint operation with Australia, which has about 300 troops stationed at Taji.

New Zealand's Defense Minister Ron Mark said Australia also planned to downsize its presence in Iraq, although he didn't offer any details. Australia had not made any formal announcements about its plans by Monday afternoon.

New Zealand Prime Minister Jacinda Ardern said it would reduce the number of troops to 75 by July and then to 45 by January before they were all withdrawn.

"When it comes to Iraq, it's time to go," Ardern said.

She said the troops had made a big contribution at Taji, where more than 40,000 Iraqi security forces had been trained since New Zealand's deployment began in 2015.

"I think they have done an incredible job, but their job is coming to an end," she said. "And now it's time to bring them home and look at the contribution our defense force can make elsewhere."

Mark said that New Zealand would downsize alongside Australia and that both countries were working on "exiting and having an exit plan." But when pressed, he declined to offer more details.

Ardern said it was not up to New Zealand to announce Australia's long-term plans in Iraq, but she added that Australia had been kept informed of New Zealand's decision and was supportive.

The 2015 decision on New Zealand's Iraq deployment was made by the conservative government at the time, and was opposed by Ardern's then-opposition Labour Party. The Labour Party formed a coalition government after the 2017 general election.

Ardern said her government did not withdraw the troops sooner because it was honoring commitments made to both Iraq and Australia.

Ardern also announced New Zealand would reduce the number of defense force personnel posted in Afghanistan from 13 to 11 by March, and that three of those positions would be focused on enhancing the involvement of women in peace and security initiatives.