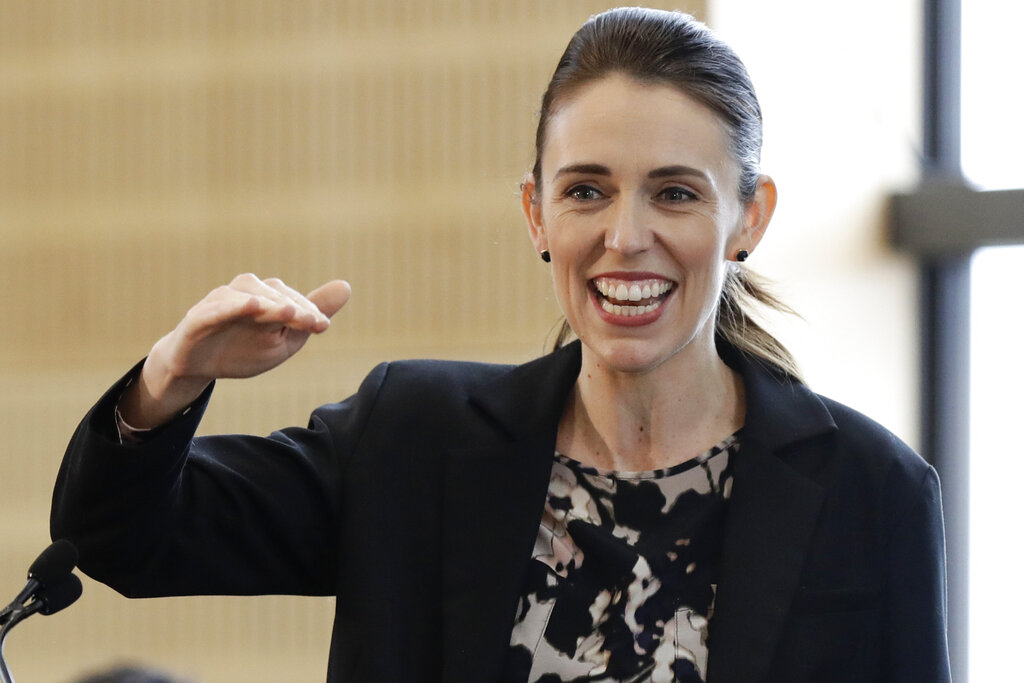 In this June 25, 2020, file photo, New Zealand Prime Minister Jacinda Ardern gestures during the opening ceremony for Redcliffs School in Christchurch, New Zealand. Prime Minister Ardern has voted in the nation’s general election, a week before polls officially close. Ardern cast her vote in her Auckland district Saturday, Oct. 10, after visiting a market in the heavily Polynesian south Auckland suburb of Otara, where she was thronged by supporters. (File photo: AP)

New Zealand Prime Minister Jacinda Ardern has visited supporters in an area that is especially popular with her Labour Party, encouraging them to vote in the Oct. 17 general election.

Ardern was thronged by supporters during her visit Saturday to a market in the heavily Polynesian south Auckland suburb of Otara.

Her Labour Party has governed since the 2017 general election, when it was able to forge a narrow majority in New Zealand’s 120-seat Parliament in a coalition with the left-wing Greens and right-wing New Zealand First parties.

Recent polls show a more comfortable result this year, with the Labour Party leading the National Party, led by 61-year-old conservative Judith Collins, by as many as 13 points.

Ardern’s visit to Otara was an effort to get out the vote in an electorate in which Labour out-polls National by around four votes to one.

“We’re seeing really high turnout at the moment for advance voting,” said Ardern, who cast her vote in her Auckland district on Oct. 3, two weeks ahead of the official polling day. “We want to make sure everyone uses their voice until election day."

Voters have four choices to make this year. They are picking a candidate to represent their electorate and choosing which party to give their “party vote.” Seats in Parliament are allocated on the basis of seats won and the percentage of the vote won by each party.

Voters also face two referendums. They will vote on the decriminalization of cannabis and on the legalization of “assisted dying” in limited cases.