New Zealand's prime minister vowed to toughen the country's gun laws after revealing Saturday that the man accused of murdering 49 people in two mosques legally purchased the arsenal of firearms used in the massacre. 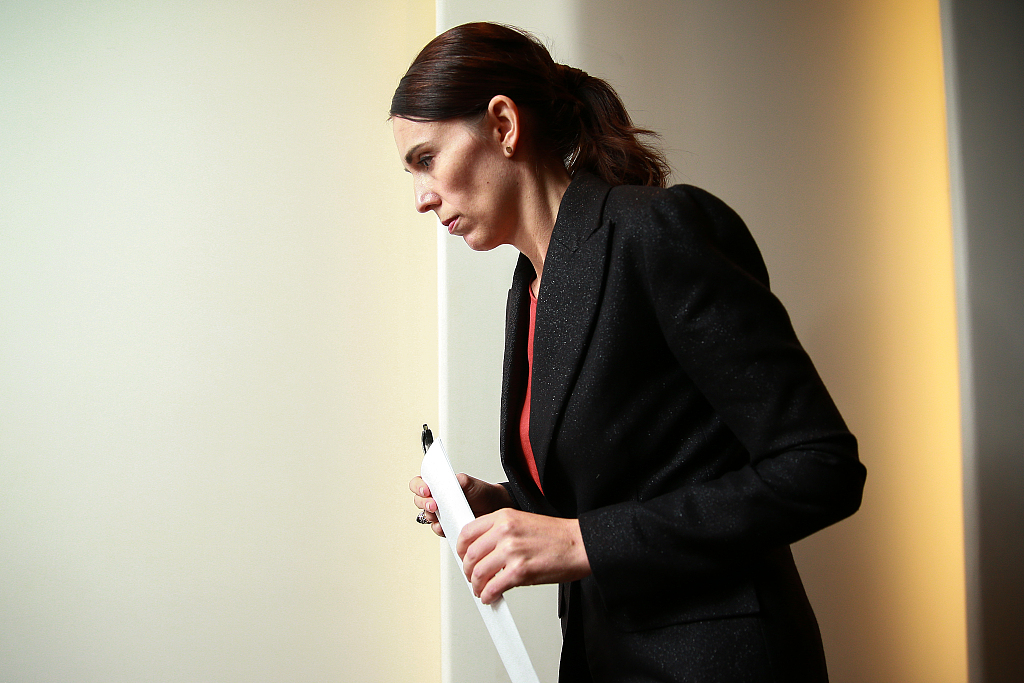 Jacinda Ardern said the gunman, 28-year-old Australian Brenton Tarrant, obtained a "Category A" gun licence in November 2017 and began purchasing the five weapons used in Friday's attacks in the southern city of Christchurch the following month.

The firearms included two semi-automatic rifles, two shotguns and a lever-action weapon, she said, speaking to reporters in Wellington before heading to Christchurch.

"The mere fact... that this individual had acquired a gun licence and acquired weapons of that range, then obviously I think people will be seeking change, and I'm committing to that," she said.

"While work is being done as to the chain of events that led to both the holding of this gun licence, and the possession of these weapons, I can tell you one thing right now -- our gun laws will change."

She confirmed that the gunman and two suspected associates who were also arrested had not been on the radar of any intelligence agencies, even though he had published a manifesto online indicating plans for attacks on Muslims.

"They were not on any watchlists either here or in Australia," she said.

"The individual charged with murder had not come to the attention of the intelligence community, nor the police, for extremism," she added.

"I have asked our agencies this morning to work swiftly on assessing whether there was any activity on social media or otherwise, that should have triggered a response. That work is already underway.

"Given global indicators around far-right extremism, our intelligence community has been stepping up their investigations in this area." 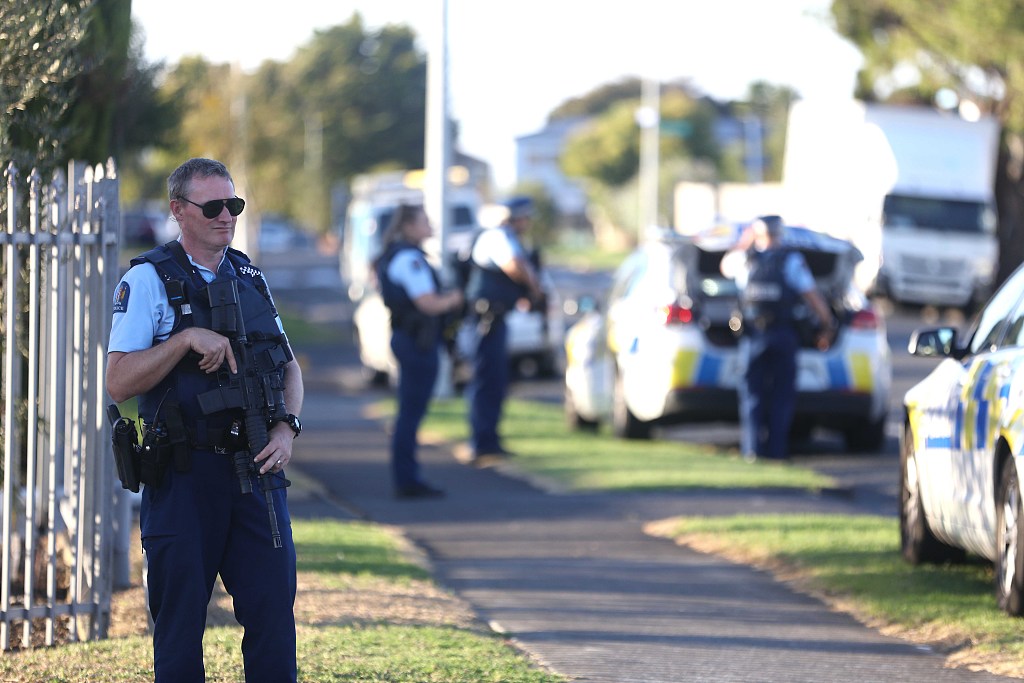 Armed police maintain a presence outside the Masijd Ayesha Mosque in Manurewa on March 15, 2019 in Auckland, New Zealand. (Photo: VCG)

New Zealand tightened its gun laws to restrict access to semi-automatic rifles in 1992, two years after a mentally ill man shot dead 13 people in the southern town of Aramoana.

But firearms laws are lax compared to neighbouring Australia, which enacted a strict gun control regime in the wake of a similar massacre in 1996, and most other developed nations outside of the United States.

Anyone over 16 can apply for a New Zealand firearms licence, valid for 10 years after completing a safety course and a police background check.

Most guns do not require registration under New Zealand's Arms Act and police do not know "how many legally or illegally owned firearms there are in New Zealand", according to a police statement last year.

In 2014, police estimated there were up to 1.2 million legal firearms in civilian ownership, or around one for every four members of the public -- twice the per capita number of guns in Australia.

Separate "endorsements" are required to own semi-automatic weapons like those used in Friday's attack, as well as pistols and other restricted weapons.

But police and firearms experts have pointed to several loopholes allowing owners to bypass registration of semi-automatics.

Ardern noted the failure of several earlier attempts to reform gun laws and said a ban on semi-automatic weapons would be considered.

A 1997 police review of gun laws called for such a ban, but attempts to update the Arms Act since 1992 have stalled in parliament.