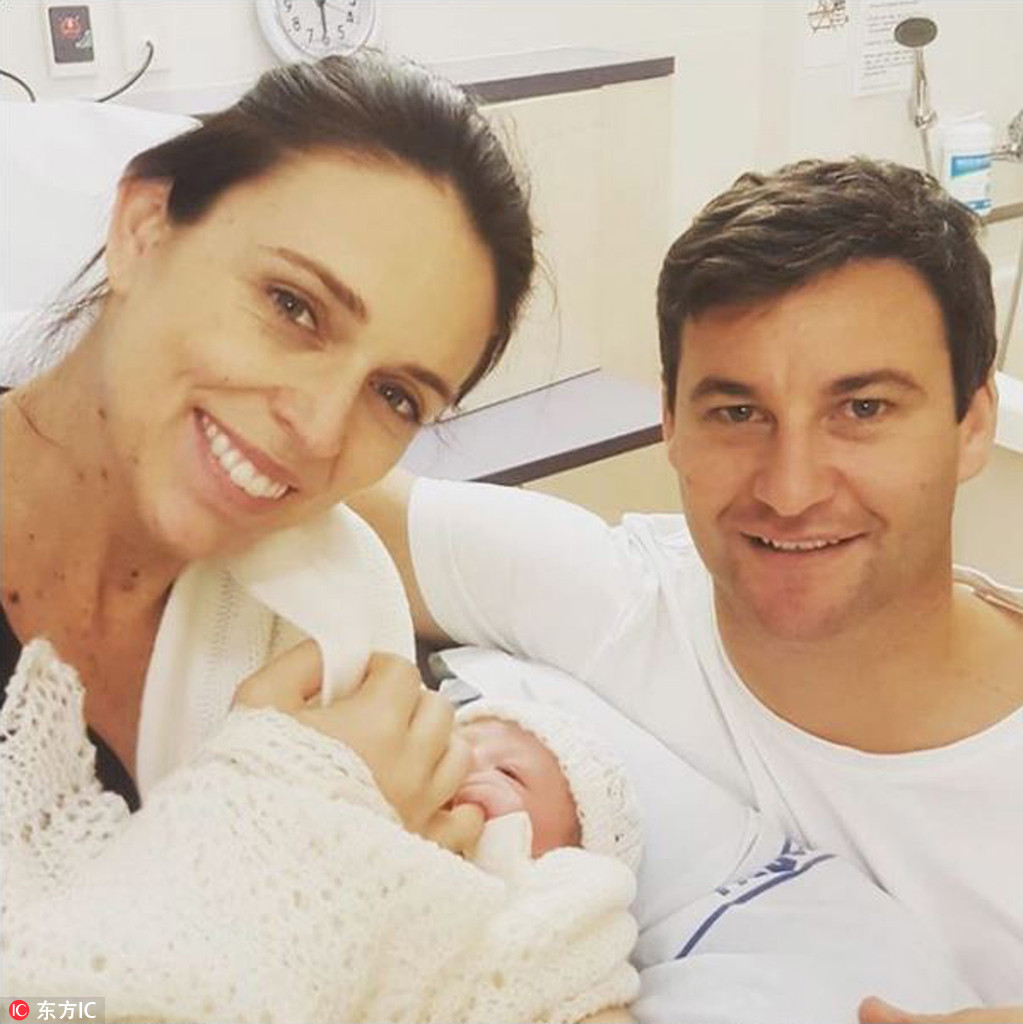 A handout photo made available by the Office of the Prime Minister of New Zealand via Instagram shows New Zealand's Prime Minister Jacinda Ardern (L) and her partner Clarke Gayford (R) posing together with their newborn baby at the Auckland City Hospital in Auckland, New Zealand, June 21, 2018. [Photo/IC]

The couple, who have a 10-month-old daughter, became engaged over Easter, NZ Herald quoted a spokesman for Ardern as saying.

Ardern's press secretary said she has been wearing a ring since Easter but it has been on a middle finger, not the traditional ring finger.