WELLINGTON, July 29 (Xinhua) - A bill enabling the cannabis referendum to be held with the 2020 general election has been introduced to the parliament on Monday. 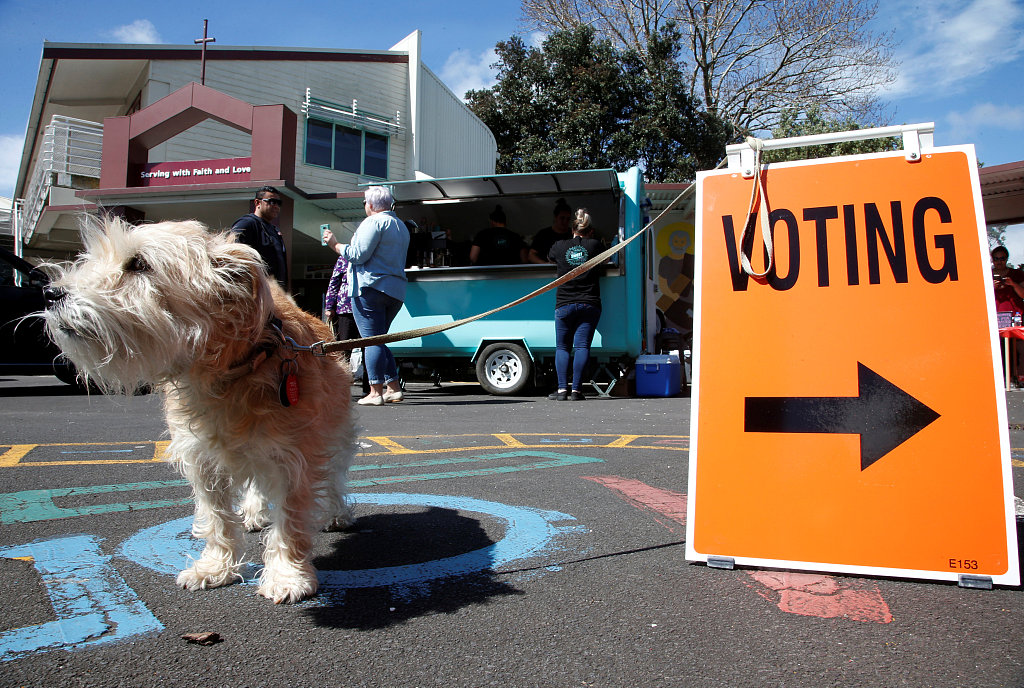 A dog waits outside a polling station during the general election in Auckland, New Zealand, September 23, 2017. (Photo: VCG)

"The government has committed to holding a referendum on legalizing the personal use of recreational cannabis at the next general election," Minister of Justice Andrew Little said in a statement.

This bill provides the necessary legislative framework to govern the conduct of this referendum, Little said, adding the Referendums Framework Bill focuses on the mechanical aspects of holding a referendum with the next general election.

The bill also includes rules around referendum advertising, which are similar to those used to regulate election advertising.

The question on the ballot paper will be decided by Order in Council.

"There has been discussion of a possible referendum being held in 2020 on the End of Life Choice Bill, a non-government bill which is currently before Parliament," Little said.

The government has therefore developed the Referendums Framework Bill so it can be used for any such referendum. This provides greater clarity for the public and the Electoral Commission in 2020, by ensuring that the same framework and rules will apply, he added.