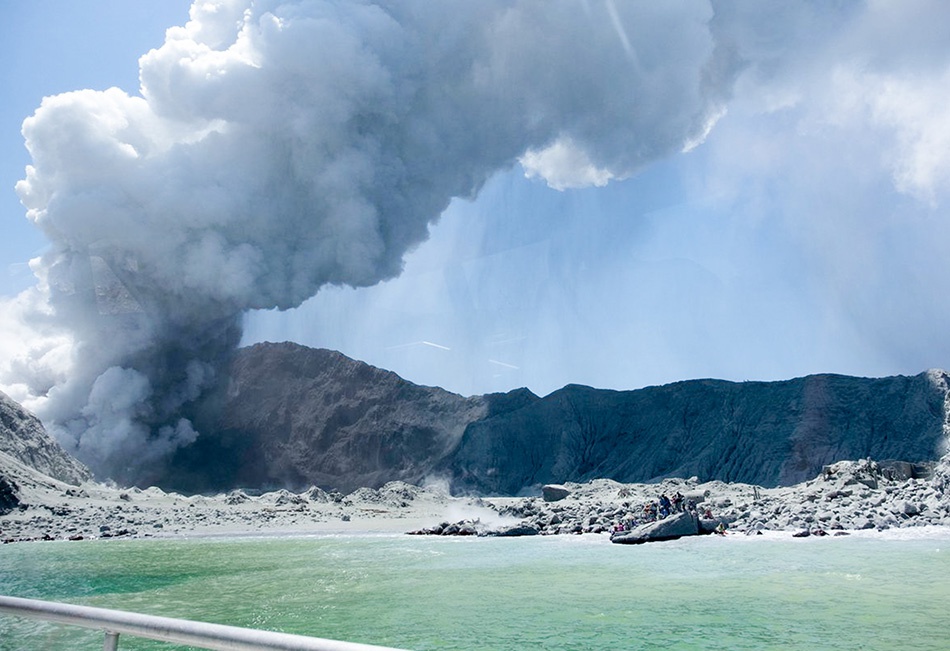 The process to transport the recovered bodies to Navy ship HMNZS Wellington by helicopter has begun, said Tims.

Police issued a statement saying: "This morning a blessing was held at sea with representatives of the families of the victims of the White Island volcanic eruption."

"The family representatives are returning to the mainland and the operation to recover the eight bodies on the island has commenced," it said.

Clement told a press conference on Thursday that the whereabouts of six of the bodies are known, while two remain unaccounted for.

The White Island, a volcanic island, is a famous tourist attraction which people can explore by boat or by helicopter. If safety conditions permit, visitors can even enter the main volcano crater.