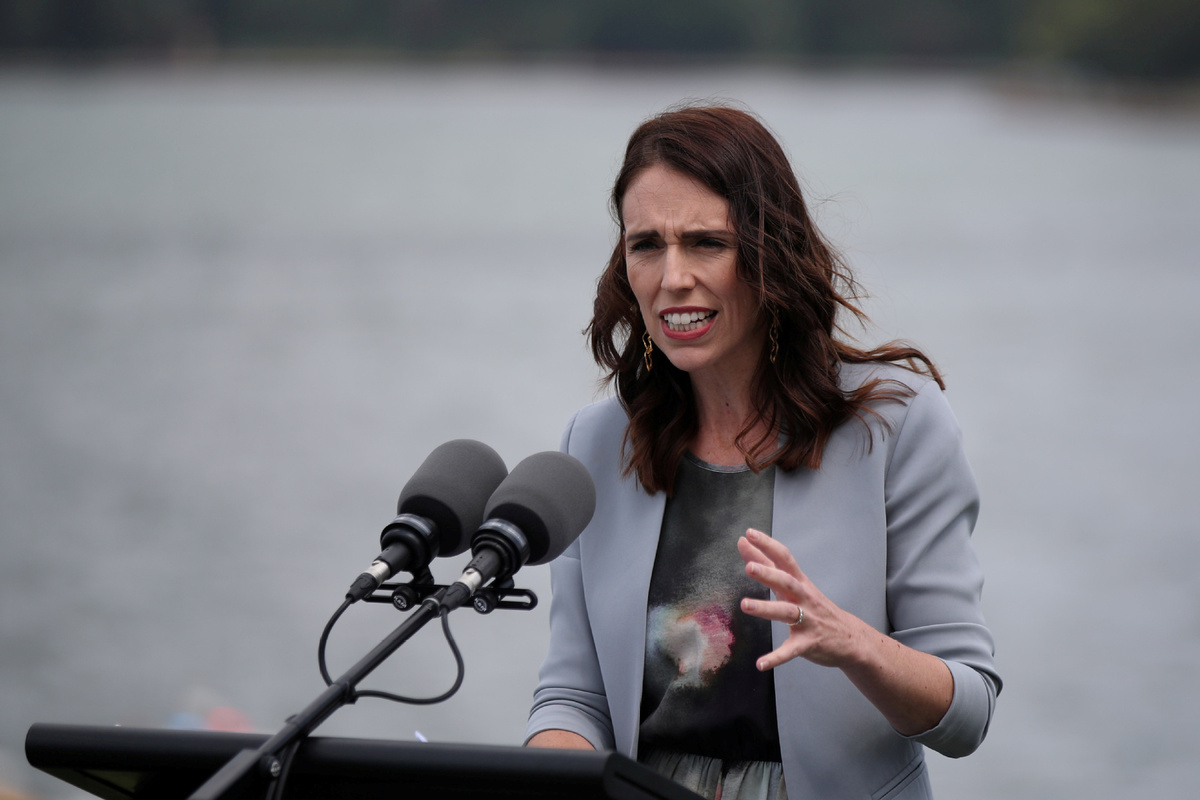 The rest of the country other than Auckland will remain at Alert Level 2, Ardern said while announcing the government decision after a Cabinet meeting.

Previous decisions require Auckland to remain in COVID-19 Alert Level 3 till Wednesday, Aug 26, with the rest of the country staying in Alert Level 2 with relaxed restrictions.

Under level 3, businesses are required to implement COVID-19 safety measures, but most people are encouraged to work from home and school children learn from home.

Ministers met on Monday to review whether community transmission has been contained in Auckland. An Auckland family cluster was identified two weeks ago as New Zealand's second wave of COVID-19 transmission started.

The prime minister acknowledged "the cost to business, the cost to the Auckland economy" under the higher level of COVID-19 restrictions, while stressing risks of people leaving and entering Auckland under the lower Alert Level 2.

"It's a finely balanced decision, but the right one, I believe," Ardern said.

"We may not have any choice about whether or not the world is in a global pandemic but we do have choices about how we deal with it," she said.

Ardern also announced the decision to make masks mandatory on public transport at Alert Level 2 and above, which will take effect from Monday. According to the rule, public transport includes planes, buses, taxis and rideshare services like Uber, but children are not required to wear masks.

"This is a commonsense approach to protect everyone's health," she said.

One confirmed case is an imported one reported from a managed isolation facility in Auckland. The person who has tested positive is a woman in her 30s.

The other eight cases, seven confirmed and one probable, are in the community and are all linked to the Auckland cluster, according to a health ministry statement.

These cases brought the total number of confirmed cases to 1,332, which is the number reported to the World Health Organization, Bloomfield said.

The total number of active cases in New Zealand is 123, of which 19 are imported cases from managed isolation facilities, he said.