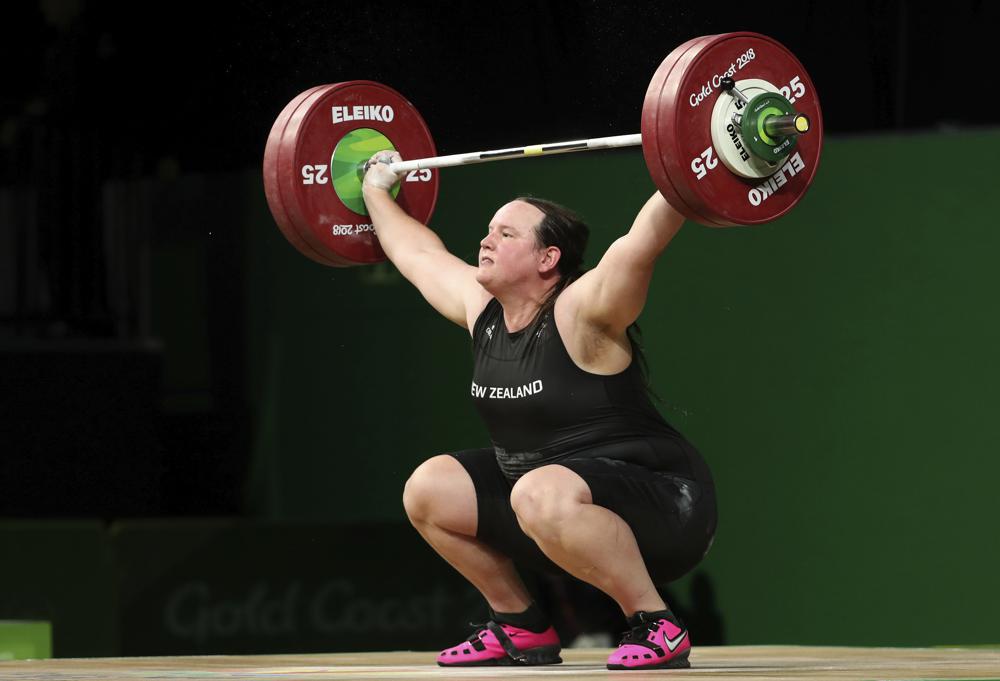 In this April 9, 2018 file photo, New Zealand's Laurel Hubbard lifts in the snatch of the women's +90kg weightlifting final at the 2018 Commonwealth Games on the Gold Coast, Australia. (Photo: AP)

New Zealand weightlifter Laurel Hubbard was selected as the first transgender Olympic athlete Monday after Kiwi officials made a groundbreaking call on "a highly sensitive and complex issue."

New Zealand Olympic Committee chief Kereyn Smith said Hubbard, 43 - who was born male but transitioned to female in her 30s - met all the qualification criteria for transgender athletes.

"We acknowledge that gender identity in sport is a highly sensitive and complex issue requiring a balance between human rights and fairness on the field of play," Smith said in a statement.

"As the New Zealand team, we have a strong culture of manaaki [caring] and inclusion and respect for all."

Hubbard, who also competed as a male, became eligible to lift as a woman after showing testosterone levels below the threshold required by the International Olympic Committee.

She will contest the women's plus 87 kilograms category in Tokyo, an event in which she is currently ranked 16th in the world.

"Laurel has shown grit and perseverance in her return from a significant injury and overcoming the challenges in building back confidence on the competition platform," he said.

However, support for Hubbard's selection is not unanimous, with former teammate Tracey Lambrechs saying in May that the concerns of female-born weightlifters were being ignored.

"I've had female weightlifters come up to me and say 'This isn't fair, what can we do?'," she told broadcaster TVNZ.

"Unfortunately there's nothing we can do because every time we voice it [concerns] we get told to be quiet."

IOC rules state a trans woman can compete provided her testosterone levels are below 10 nanomoles per liter, a criteria Hubbard meets.

She thanked the community for supporting her return from injury. "I am grateful and humbled by the kindness and support that has been given to me by so many New Zealanders..."