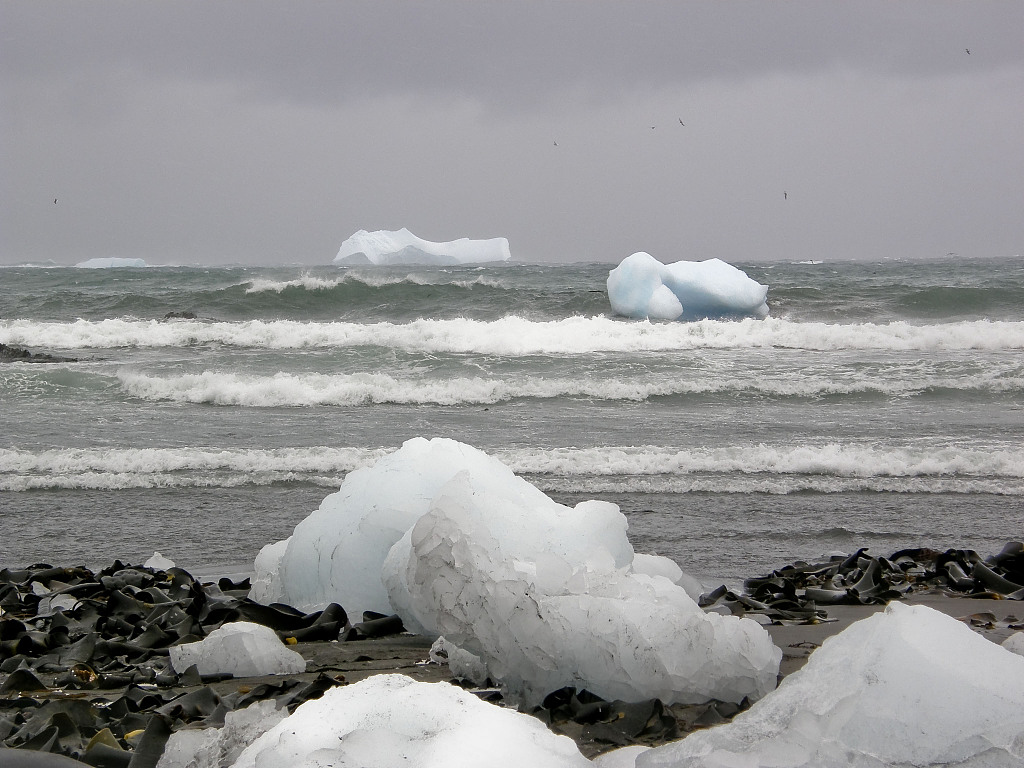 A flotilla of icebergs, one estimated to be about 30m high, has been tracked drifting out of Antarctica and up past Australia's Macquarie Island, 1000km southwest of New Zealand. (File photo: VCG)

"This group of over 100 of our biggest companies is listening to the science from the Intergovernmental Panel on Climate Change (IPCC) and committing to the 1.5 degrees C limit on warming that's written into the Zero Carbon Bill," James Shaw said.

The IPCC's Special Report last year made it clear that the world needs to stay within that 1.5 degrees C limit to avoid the worst impacts of climate change and ensure a liveable future for generations to come.

"These CLC group of companies collectively represent well over half - 60 percent - of New Zealand's total gross greenhouse gas emissions. To my knowledge, no other country in the world has a business network for climate action that even comes close to the level of coverage across the economy, or as a portion of national emissions, that the Climate Leaders Coalition has," James Shaw said.

"If these companies can reduce their emissions to live within the 1.5 degrees C threshold, then New Zealand, as a whole, should be able to achieve our collective goal outlined in the Zero Carbon Bill," he added.

CLC was launched in July 2018 to promote business leadership and collective action on the issue of climate change.

The Coalition's goal is to help New Zealand transition to a low emissions economy and, in doing so, create a positive future for New Zealanders, business, and the economy.