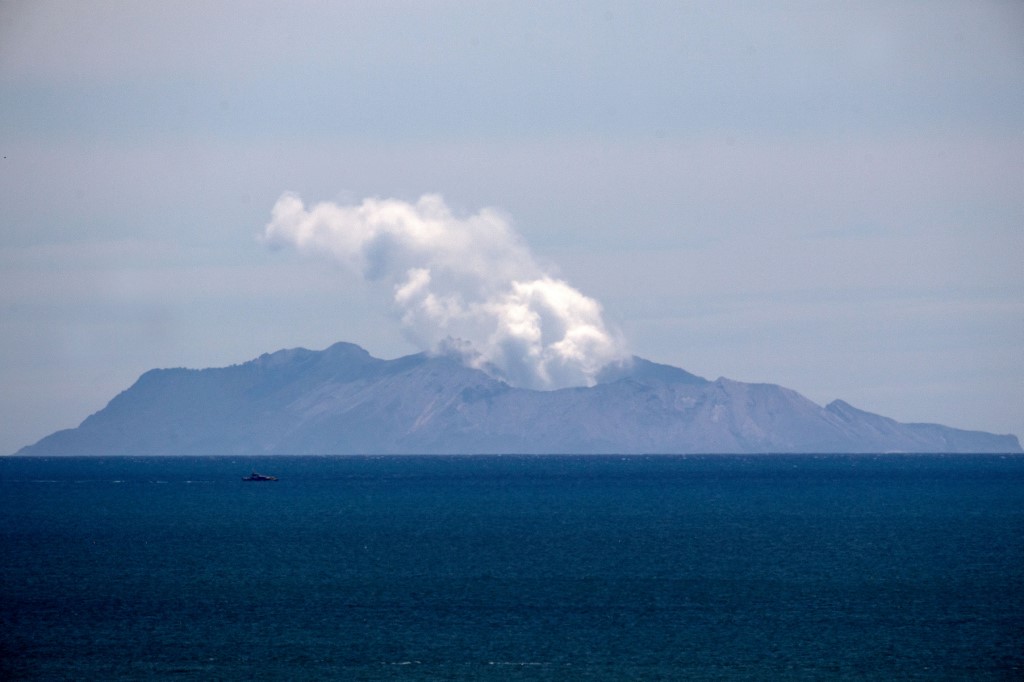 Steam rises from the White Island volcano following the December 9 volcanic eruption, in Whakatane on December 11, 2019.

It is understood that both police dive squad and navy divers’ team resumed their search Saturday morning for a body seen in the water near the island on Tuesday.

Six bodies were successfully recovered from the volcano island on Friday's operation led by the New Zealand Police and carried out by New Zealand Defence Force.

“Today's planning will allow us to return to the island to conduct further land-based searches for the remaining deceased, as the environment on and around the island allows,” said the police in a media release Saturday morning.

GNS Science said the chance of eruption on Friday was between 50 and 60 percent and recovery crews were told there was a 6 percent chance it could erupt at any three-hour period during their mission.

On Saturday, the risk had since been downgraded with tremors slowing down. GNS volcanologist Brad Scott told local media TVNZ the tremors “declined significantly overnight”.

The six bodies recovered from the island were sent to Auckland for postmortem identification.

Altogether 47 people were on the White Island at the time of the eruption on Monday. The eruption has already caused 14 dead and multiple injuries. 15 victims remained in New Zealand hospital, 11 of which were in a “very critical condition with extensive severe burns”, according to Counties-Manukau Health chief medical officer Dr. Peter Watson.

Thirteen Australians had now been transferred back to Australia to receive care.

Two Chinese nationals were among those injured, according to the Chinese embassy in New Zealand.

The White Island, a volcanic island, is a famous tourist attraction which people can explore by boat or by helicopter. If safety conditions permit, visitors can even enter the main volcano crater.