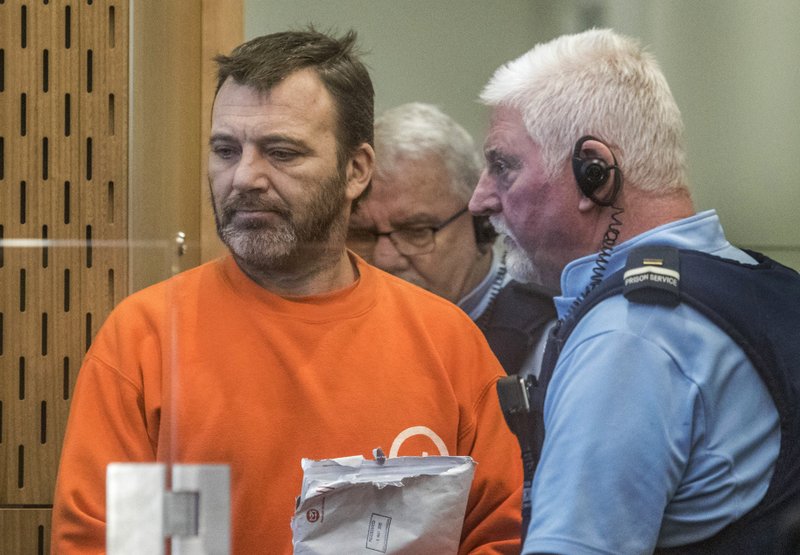 Arps pleaded guilty to two charges of distributing objectionable material for sharing footage that was livestreamed to social media during the attack.

Christchurch District Court heard Arps distributed the raw footage to about 30 people and had another version that was modified to include crosshairs and a "kill count", the New Zealand Herald reported.

"This was in effect a hate crime against the Muslim community," judge Stephen O'Driscoll said.

He said it was "particularly cruel" to share the video in the days after the attacks, when relatives were still waiting to hear news of their loved ones.

O'Driscoll found that Arps had set out to "glorify" the deaths of Muslims and any punishment other than imprisonment was inappropriate, Radio New Zealand reported.

New Zealand's chief censor David Shanks classified the video from the mosque shooting as objectionable content soon after the shooting, making sharing the footage a crime punishable by up to 14 years in jail.

Shanks also outlawed publication of the rambling "manifesto" the shooter posted online before the attacks, saying it was intended to inspire "murder and terrorism".

Arps, a self-described white supremacist, was convicted in 2016 of offensive behaviour for leaving a pig's head at the Al Noor mosque, one of those that was targeted in the mass shooting, Newshub reported.

Tarrant last week pleaded not guilty to terrorism charges, as well as 51 counts of murder and 40 of attempted murder.

He was committed to stand trial in May next year.