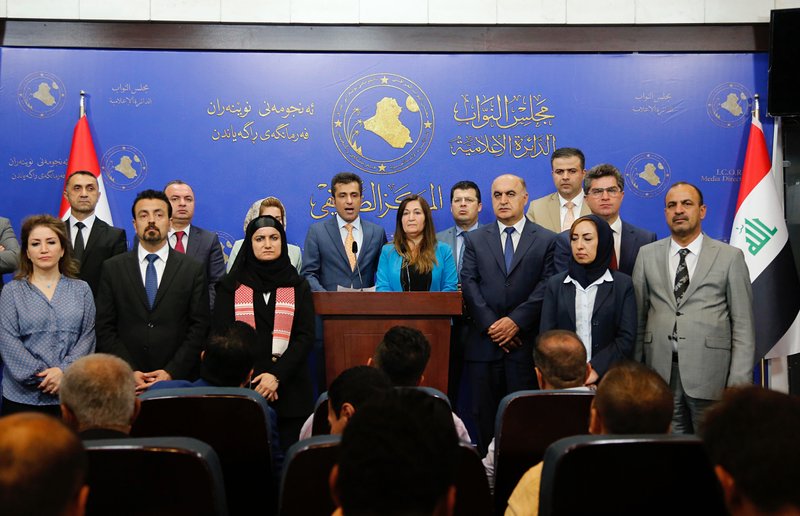 The state-run Iraqiya channel aired a footage showing that Salih received Mahdi with the presence of the parliament speaker, head of the judicial council and many officials and politicians and officially tasked Mahdi as the prime minister-designate to form the new government.

According to the Iraqi constitution, Salih has 15 days after taking office to name the candidate for prime minister-designate to task the nominee of the largest alliance to form the government of the next four years.

However, Salih did not wait too long, and named the independent politician Adel Abdul-Mahdi who appeared to be the candidate of the largest alliance, which itself was part of a conflict between the alliance of Reform, backed by Shiite cleric Moqtada al-Sadr and Prime Minister Haider al-Abadi, and the alliance of Building, headed by the paramilitary Hashd Shaabi leader Hadi al-Ameri.

Both the alliances had claimed that they were the largest alliance, but local media reports said that the two alliances reached a consensus to nominee the independent Shiite politician Adel Abdul-Mahdi to avoid political deadlock.

The prime minister-designate has 30 days to put together a cabinet and present it to parliament for approval, as the parliament must approve the government program and each individual minister in separate absolute majority votes.

Adel Abdul-Mahdi, 76, is an Iraqi Shiite politician and one of vice presidents of Iraq from 2005 to 2011. He was formerly served as the finance minister in the interim government and oil minister from 2014 to 2016.