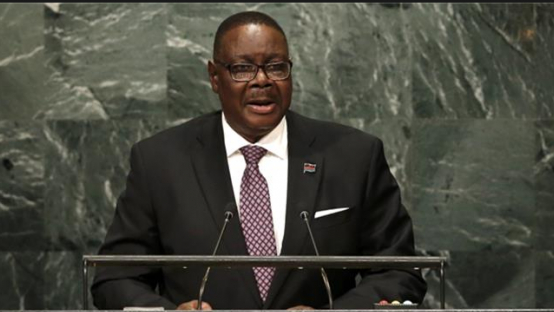 BLANTYRE, Malawi, May 28 (Xinhua) -- Newly-elected Malawian President Peter Mutharika on Tuesday was sworn in for his second and last term in office, and he called on the nation to unite in order to achieve the country's aspirations.

Mutharika and Vice President Everton Chimulirenji were sworn in by Chief Justice Andrew Nyirenda during a ceremony conducted at the Kamuzu Stadium attended by hundreds of his supporters as well as second President Bakili Muluzi.

The Malawian leader urged his opponents to accept his victory as there can only be one winner and thanked Malawians for voting for him, adding that his victory is the victory of the people, the rule of law and democracy.

He further commended the country's electoral body for the way it managed the elections, adding that the elections were conducted in a way which reflects the will of Malawians.

A former law professor, Mutharika, 78, came to power in 2014. His government carried out agricultural subsidies and electrification programs in rural regions where his support is the strongest.

He will be inaugurated on Friday at the same stadium, according to an announcement from the ruling party.