JOHANNESBURG, May 25 (Xinhua) -- Newly-elected South African President Cyril Ramaphosa on Saturday said he is committed to tackling serious challenges the country faced in his inauguration ceremony in Loftus Versfeld stadium in Pretoria. 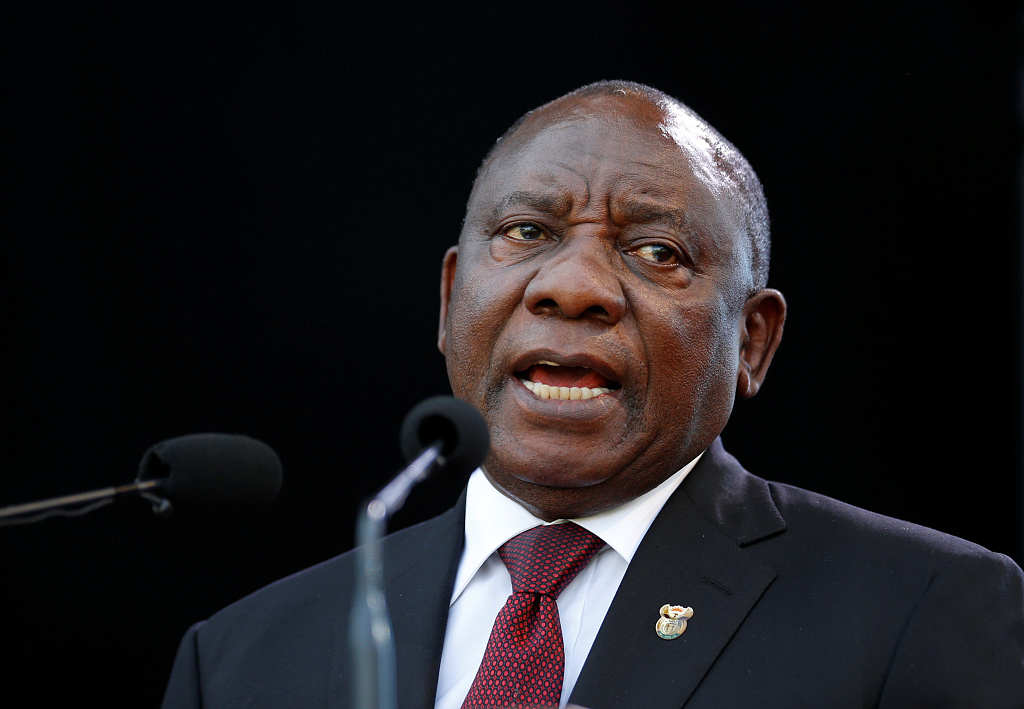 Cyril Ramaphosa speaks after taking the oath of office at his inauguation as South African president at Loftus Versfeld stadium in Pretoria, South Africa May 25, 2019. (Photo: VCG)

He made the commitment after being sworn in as South Africa's fifth president since 1994. Ramaphosa took the oath of office before the Chief Justice Mogoeng Mogoeng while watched by over 30,000 people.

In a speech delivered after he was inaugurated, Ramaphosa pledged to root out corruption and to address socio-economic problems plaguing South Africa.

"Our people have watched as some of those in whom they had invested their trust have surrendered to the temptations of power and riches. The challenges we face are real, but they are not insurmountable," he said.

"Despite our earnest efforts, many in South Africa still go to bed hungry, many succumb to diseases that can be treated, many live lives of intolerable deprivation. Let's declare that our shared determination that we shall end poverty in South Africa within a generation," he promised.

On the African continent, Ramaphosa said he would work with his counterparts.

"We will work with the rest of the continent to realize the AU's vision of Agenda 2063, to forge a free trade area that stretches from Cape Town to Cairo, bringing growth and opportunity to all African countries," he said.

Numerous heads of state from across the African continent attended Ramaphosa's inauguration including those of Zimbabwe, Namibia, Tanzania, Togo, Angola, Democratic Republic of the Congo.

Ramaphosa is expected to announce his new trimmer cabinet on Sunday or Monday. It remains unclear as to who would become his deputy president.