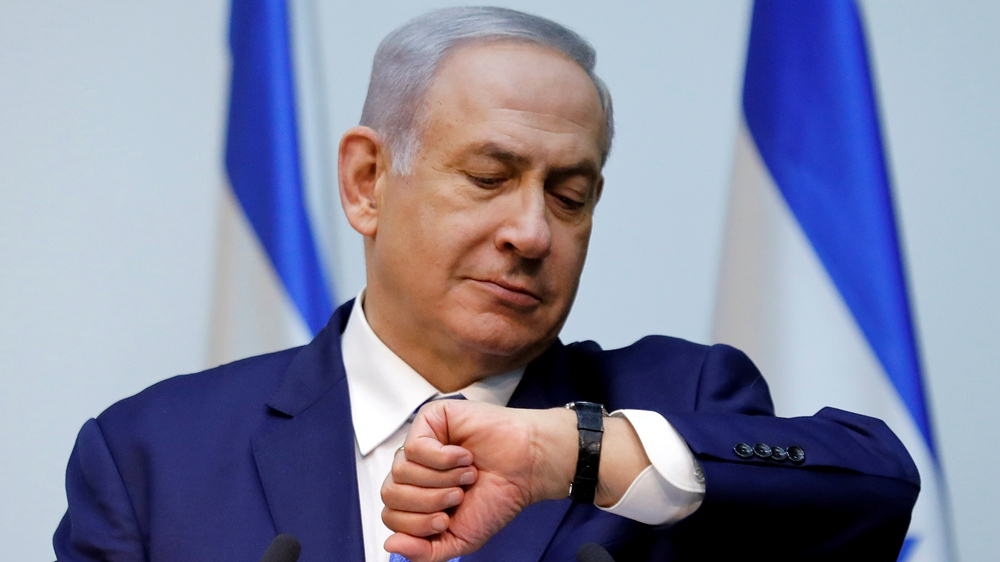 JERUSALEM, Dec. 12 (Xinhua) -- Israel is heading to an unprecedented third election within a year, after a deadline for forming a coalition government expired on Wednesday.

After the deadline passed at midnight Wednesday, the Israeli parliament, or Knesset, dissolved itself and a new election was scheduled for March 2, 2020. Apparently, the political deadlock in Israel has not been broken even after the April and September elections.

Unless the third election produces a dramatically different result, the political stalemate will be further prolonged.

For sitting Prime Minister Benjamin Netanyahu, the election will be another fight for his political survival. Unlike the previous two elections, next year Israelis will go to the polls knowing that Netanyahu has been charged with bribery, fraud and breach of trust.

The announcement of the indictments against Netanyahu last month further plunged the Israeli political system into disarray. While Netanyahu still has many supporters, his political opponents fortified their positions by refusing to partner with an indicted leader.

While Israeli law permits an indicted prime minister to remain in power until a final verdict, the law on giving a candidate the authority to form a government is less apparent. It is unclear whether the attorney general will make a clear statement on the matter before the new election.

"It is likely there will be an appeal to the supreme court," said Ofer Kenig, a researcher at the Israeli Democracy Institute. "If the decision will be that Netanyahu cannot run, this will strengthen his supporters feeling that there is an attempt by the leftist elites to overthrow him."

Following the September election, Netanyahu was not the only one who failed to form a coalition. Benny Gantz, leader of the Blue and White party, also failed to muster the 61 votes needed for a majority in the 120-seat Knesset.

A major change in the upcoming election could come if the Likud party headed by Netanyahu will elect a new leader. Primary elections are expected to be held later this month. Until now, Netanyahu's hold on the Likud has been strong.

"Never in the Likud has a sitting prime minister been ousted from party leadership," said Kenig. "It could happen because this is an unusual situation, but chances are low."

Polls conducted in recent days show no major changes in the political map. While Blue and White appears to strengthen slightly, the right-wing bloc still remains larger than the centrist-left one.

"There is even a chance for a fourth election if this situation continues," said Eran Vigoda-Gadot, a professor of political science and governance at the University of Haifa.

"It is scary and bad for a country like Israel that faces many challenges," he said.

Economists have warned Israelis of expected cutbacks and tax hikes, as economic growth is not expected.

On the streets, most Israelis appear to be largely indifferent to the political stalemate, but it has been a hot topic for debates on the social media.

"Social media is raging," Kenig said. "The streets look apathetic but that's how things are today. The campaign is going to be anything but dormant."

Vigoda-Gadot noted that the Israeli public is very frustrated, "hopefully the frustration will not steer them from voting."

An important factor that could tip the balance in the next election is voter turnout, but analysts expect the turnout to remain largely unchanged in the new election.

"Israeli society is polarized in the midst of a struggle about the future of the country," said Kenig. "There is a camp that wants a more conservative country against another camp that seeks a more democratic liberal direction. The current political deadlock is the culmination of this."

Vigoda-Gadot said that no one could foresee the outcome of the next election and Israeli political process.

"Anything can happen," he said.