A Paris court will begin hearing a complaint brought by NGOs backed by two million citizens on Thursday accusing the French state of failing to act to halt climate change. 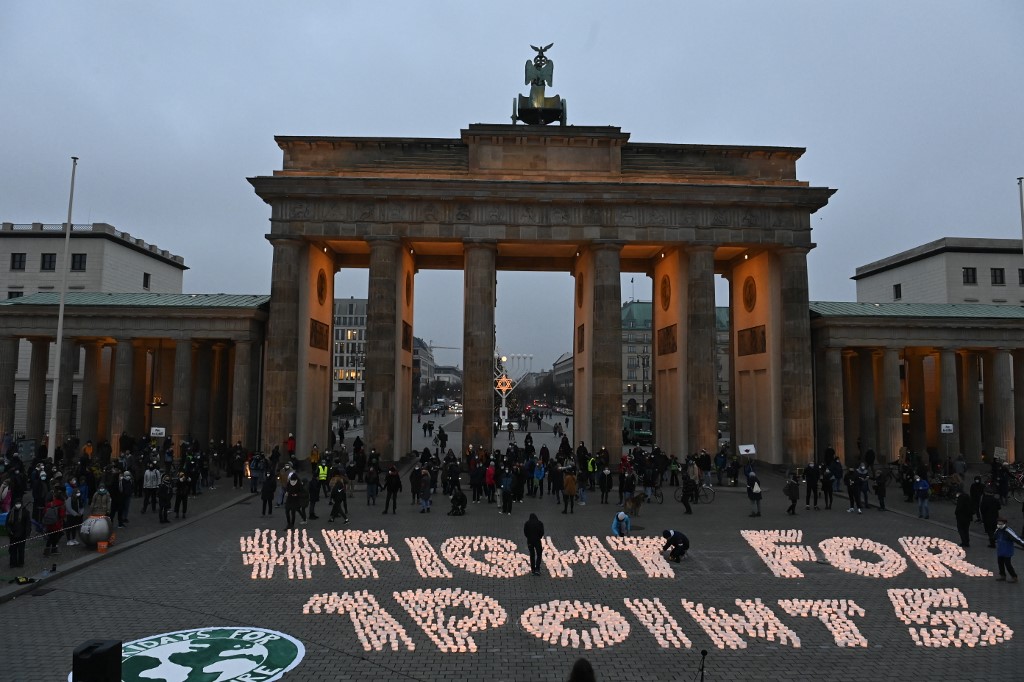 An installation of the Fridays for Future activists reads "#FightFor1Point5" in front of landmark Brandenburg Gate in Berlin on December 11, 2020, to mark the 5th anniversary of the Paris climate agreement. (Photo: AFP)

The NGOs want to the court to hold the state responsible for ecological damage and say victory would mark a symbolic step in the fight to persuade governments to do more.

An international accord signed in Paris five years ago aims to limit global warming to less than 2 degrees Celsius over pre-industrial levels, and preferably to 1.5 degrees.

But experts say governments are far from meeting their commitments and anger is growing among the younger generation over inaction, symbolised by the campaigns of Swedish teenager Greta Thunberg.

The French case is part of a mounting push from climate campaigners across the world to use courts against governments.

In 2019, the Dutch Supreme Court ordered the Netherlands to slash its greenhouse gas emissions by at least 25 percent of 1990 levels by the end of 2020 after a case brought by an NGO.

The French case began in December 2018 when four NGOs accused the government of failing to reduce emissions in a formal complaint backed by more than two million people in an online petition -- a French record.

Unsatisfied with the response, the NGOs, including Greenpeace France and Oxfam France, then filed their legal complaint in March 2019 seeking symbolic damages of just one euro ($1.21) from the state.