NIAMEY, July 7 (Xinhua) - Nigeria and Benin on Sunday signed the agreement establishing the African Continental Free Trade Area (AfCFTA), leaving Eritrea as the only member of the African Union that has not signed onto the historic accord. 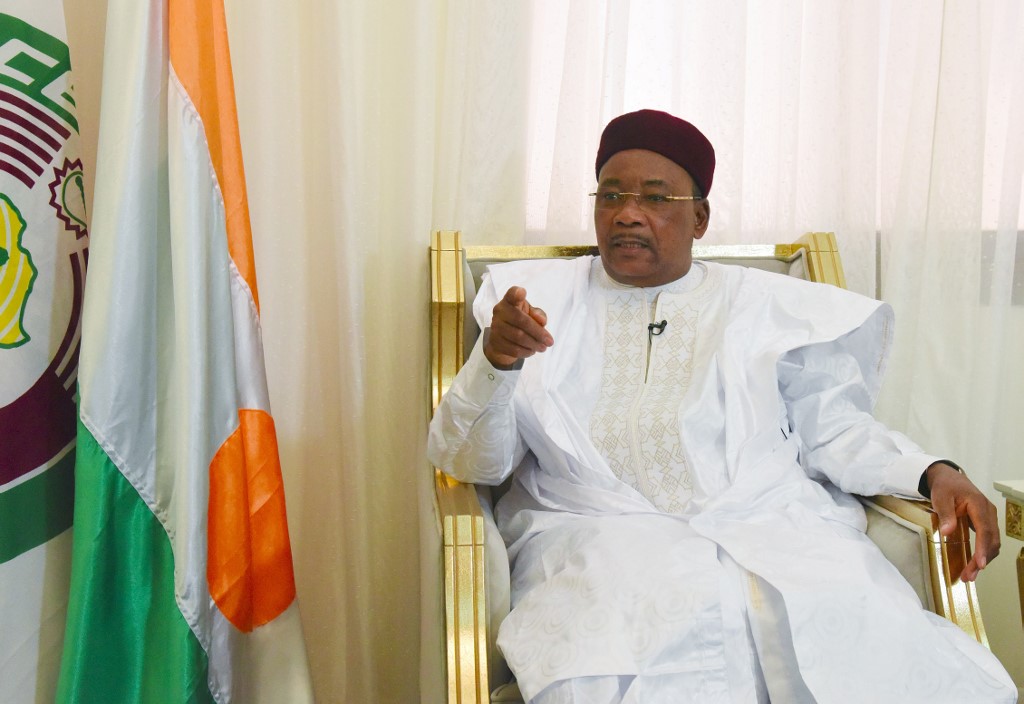 Niger's President Mahamadou Issoufou speaks during an interview at the presidential palace in Niamey, on July 6, 2019. The launch of an African Continental Free Trade Area (AfCFTA) will be the focus of the two-day summit in the capital Niamey. (Photo: AFP)

Nigerian President Muhammadu Buhari and Benin's President Patrice Talon signed the agreement on the sidelines of 12th Extraordinary Summit of the AU Heads of State and Government here in Niamey, capital of Niger.

Nigeria and Benin became the 53rd and 54th signatories of the AfCFTA agreement, which started its "operational phase" on Sunday.

The AfCFTA agreement came into force on May 30, after the deposit of the required minimum of 22 instruments of ratification by AU member states to the African Union (AU) Commission.

Once operational, the African free trade accord is projected to boost the level of intra-Africa trade by more than 52 percent by the year 2020, according to the United Nations Economic Commission for Africa.

The AU said the AfCFTA "has laid the foundation" for what could be the world's largest free trade zone by the number of participating countries, covering more than 1.2 billion people with a combined gross domestic product of 2.5 trillion US dollars.