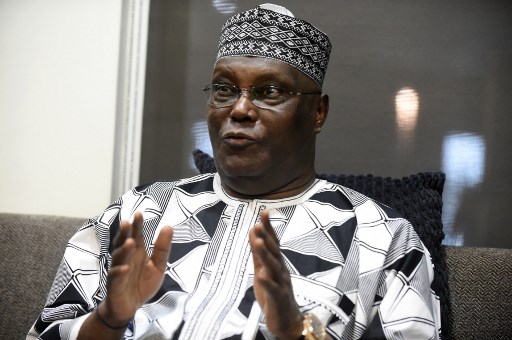 Atiku Abubakar speaks during a media briefing in Lagos on September 3, 2018. (AFP Photo)

Abubakar, 71, won 1,532 votes, trouncing his main rival Aminu Tambuwal, the governor of northern Sokoto state who scored 693 votes at the party's convention in the southeastern oil hub of Port Harcourt.