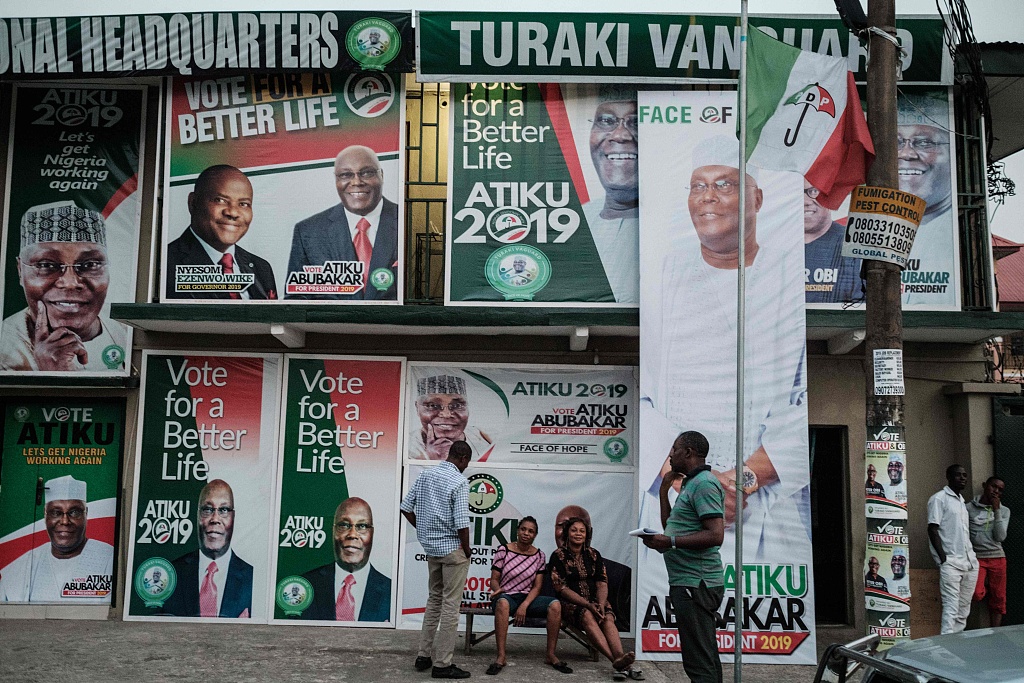 Nigeria's electoral watchdog on Saturday postponed presidential and parliamentary elections for one week, just hours before polls were due to open.

Polling had been due to start at nearly 120,000 polling units in Africa's most populous nation at 0700 GMT, with a record 73 candidates on the ballot.

President Muhammadu Buhari is seeking a second term of office, but is facing a stiff challenge from the main opposition candidate, former vice-president Atiku Abubakar.

But the chairman of the Independent National Electoral Commission (INEC), Mahmood Yakubu, said after late night emergency talks that the timetable was "no longer feasible".

"Consequently, the commission has decided to reschedule to Saturday February 23, 2019," he told reporters at INEC headquarters about five hours before scheduled polling.

Parliamentary elections for 360 seats in the lower House of Representatives and 109 seats in the Senate will be held on the same day.

Governorship and state assembly elections will be pushed back to March 9, Yakubu said.

Yakubu said the delay came "after a careful review of the implementation of the logistics and operational plans and the determination to conduct free, fair and credible elections".

It "will afford the commission the opportunity to address identified challenges in order to maintain the quality of our elections", he added.

"This was a difficult decision for the commission to take but necessary for the successful delivery of elections and the consolidation of our democracy," he said.

Nigeria postponed voting just one week before it was due to be held at the last election in 2015, citing security concerns linked to the Boko Haram insurgency.

The six-week delay was seen as a way for president Goodluck Jonathan to claw back votes after a strong challenge from Buhari, then an opposition candidate.

Buhari and his All Progressives Congress (APC) said at the time that Jonathan and the ruling Peoples Democratic Party (PDP) were trying to scupper the vote.

A major feature of the PDP campaign this time round has revolved around claims that the APC is attempting to rig the election, including by buying biometric voter cards.

INEC has also come under similar pressure as four years ago because of concerns about the distribution of biometric identity cards to the 84 million registered voters.

Three fires have also broken out in three INEC offices in the past two weeks, destroying unclaimed cards and other election materials, including smart card readers and ballot boxes.

Top photo: Supporters of the presidential candidate of the Nigerian main opposition People Democratic Party (PDP) Atiku Abubakar sit in front of local campaign office in Port Harcourt, southern Nigeria, on February 15, 2019, a day ahead of the presidential and parliamentary elections./VCG