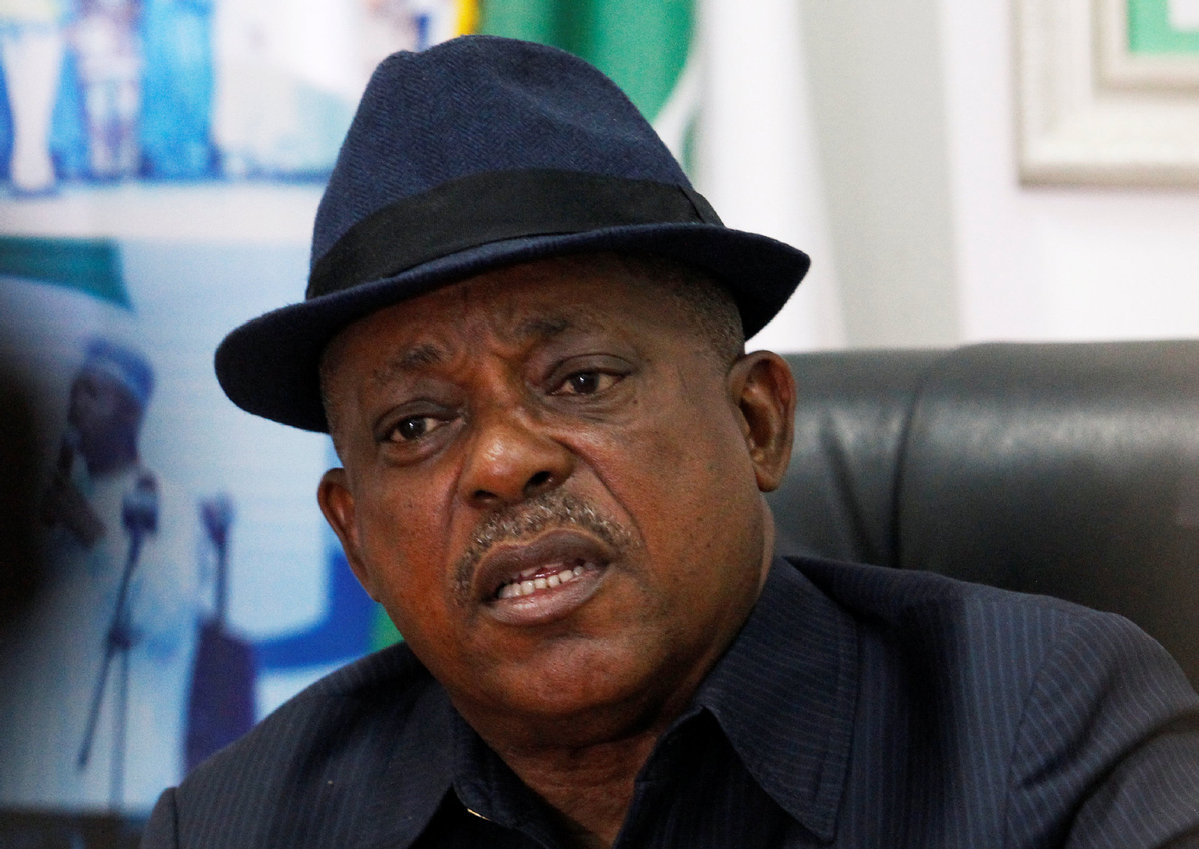 The chairman of the People's Democratic Party (PDP), Uche Secondus, speaks during a news conference in Abuja, as the country awaits the result of the Presidential election, in Abuja, Nigeria, Feb 25, 2019. (Photo: Agencies)

In a statement signed by its national chairman, Uche Secondus, the PDP said the results by the Independent National Electoral Commission (INEC) are disputable.

"All results currently being announced by the Independent National Electoral Commission (INEC) is incorrect, thus unacceptable to our party and people," the statement said.

The party's rejection of the election results came a few hours after Nigeria fully started the final collation of the presidential election on Monday afternoon with the electoral chief, Mahmood Yakubu, leading the process amid very tight security.

Results from less than a third of Nigeria's 36 states have been collated so far by the INEC.

The PDP, however, said it is forced to take a stand and make its pronouncements "at this crucial point because our democracy is under threat of derailment".

The opposition party stated that it has collation centers across the country, of which it claimed the international community is well aware and results declared so far by INEC are contrary to what its (PDP) agents had recorded.

Meanwhile, the governing All Progressives Congress (APC) party has rejected the claims by its rival party, describing it as "unsubstantiated and wild claims" seeking to put a question mark around INEC and damage the faith of the electorate in the democratic process.

"This is an assault on our democracy; it is an affront to millions of Nigerians who trooped out to exercise their civic duty by voting in the elections," the APC said in a statement by its campaign spokesman, Festus Keyamo.

In its response to the opposition party's claim, INEC said there was no basis for the rejection of the presidential poll.

Rotimi Oyekanmi, a spokesperson for the electoral body, told reporters that it was doing the lawful thing by collating the results in the full glare of local and international media and observers, and would not want to join issues with anyone or party.

"The results being announced are not full of errors, they are valid. We have not concluded the release of the results. We have just released 10 and we still have results of other states to declare," Oyekanmi said.

INEC said it hopes to announce the winner of the presidential election on Wednesday at the latest.