Following fears expressed in certain quarters about the safety of Nigerians in China and other parts of the world and the need to evacuate them, the chairman of the House Committee on Foreign Affairs, Yusuf Buba Yakub, said Nigerians abroad are not particularly threatened by the outbreak of the disease and, therefore, have no basis to be afraid. 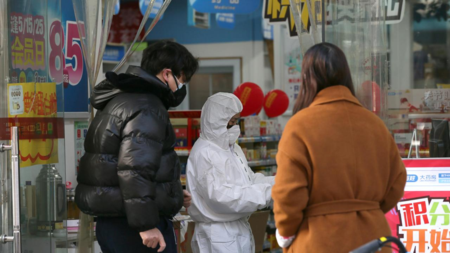 On Wednesday, speaking to media in his National Assembly office in Abuja, Buba said the House Committee on Foreign Affairs was monitoring developments on the outbreak closely and was actually in close touch with Chinese Embassy authorities in Nigeria, who, he said, had addressed the press on the issue and were carrying out their duties diligently.

In his words, “for us at the Committee on Foreign Affairs, it is our considered opinion that our nationals in China and other parts of Asia that have witnessed the coronavirus outbreak should stay where they are already protected, instead of exposing themselves to any form of attack in the course of trying to return to the country”, the lawmaker said.

He implored Nigerians at home not to be swayed by what is being spread on social media, but to try and access information directly from officials of government, our embassy in China and directly from relatives and wards of our citizens in that country.

Buba, who also used the occasion to correct the misrepresentation in certain sections of the Nigerian media that the Chinese Embassy in Nigeria had closed its doors to visa applicants, said the contrary was the case.He expressed the solidarity of the House Committee on Foreign Affairs and that of the entire House to the government and people of China on the menace of the coronavirus, while expressing optimism that it will soon be a thing of the past.