Nigeria steps up rescue efforts for abducted 520 students by gunmen

Nigerian authorities on Sunday stepped up efforts to rescue students abducted by armed men who raided their hostels. 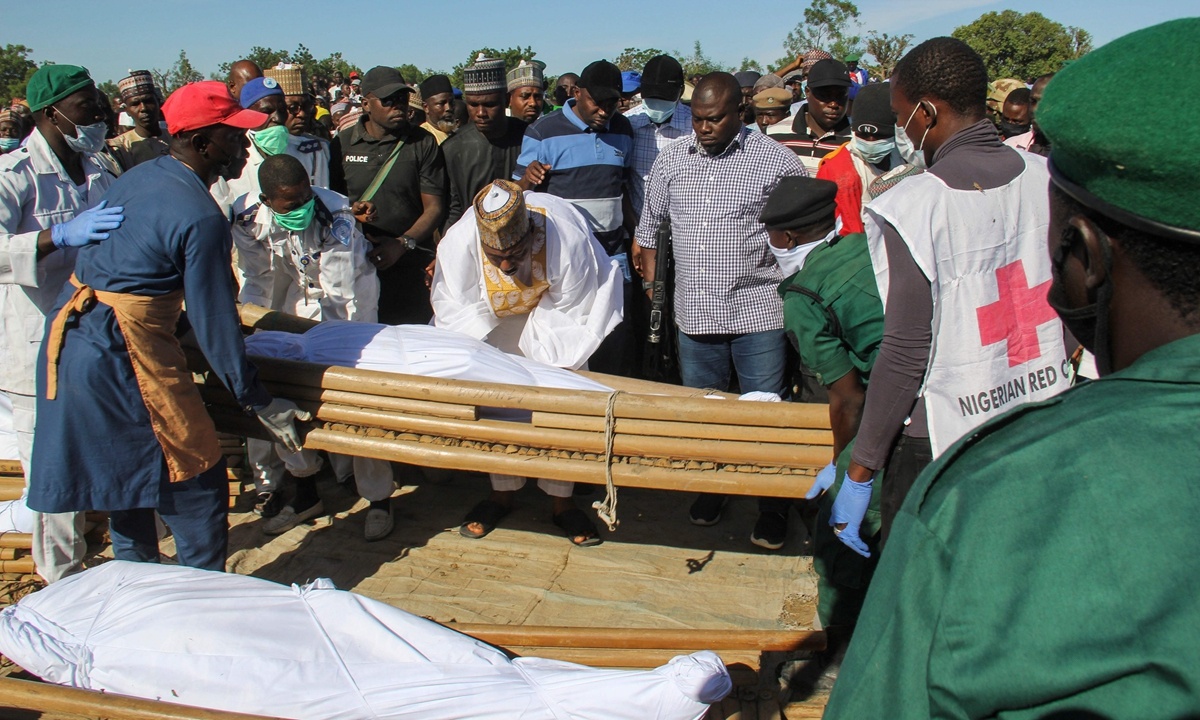 UN children's agency UNICEF condemned the assault on the school in Katsina, the home state of President Muhammadu Buhari.

Gunmen on motorcycles stormed the Government Science School at Kankara late on Friday and engaged security forces in a fierce gun battle, forcing hundreds of students to flee and hide in surrounding bushes and forest.

State governor Aminu Bello Masari, who visited the school on Saturday, said soldiers were working to locate and free the hostages.

"Soldiers are currently in the bushes fighting the bandits. We will do all we can to ensure all the abducted children are reclaimed," he said.

Masari said it was still not clear how many students were "in the hands of the bandits" and how many had managed to escape.

"The school has a population of 839 and so far, we are yet to account for 333 students," Masari told a federal government delegation in his office on Sunday.

"Up till this moment, no one can give a precise figure of the children abducted," he said, adding that students who escaped confirmed some of their peers were taken.

Masari directed the school to take a headcount of the students to determine those who went back home.

Osama Aminu Maale was one of the students who escaped the abductors and returned to his parents.

"There were a total of 520 of us that were taken by the gunmen from the school," the 18-year-old student told AFP on the phone.

"After they took us away we stopped inside the bus where they made the older students take a headcount. We counted 520," he said.

The hostages were split into groups before Maale and four others escaped.

"One of the gunmen hit me repeatedly when I failed to keep up with the rest of the group due to my failing health before he let me trail behind, giving me the chance to escape," he said. Since the attack, all secondary schools in the state have been shut.

UNICEF in a statement on Sunday said it "condemns in the strongest possible terms this brutal attack and calls for the immediate and unconditional release of all children and their return to their families."

The global children's body said it was "deeply concerned about these acts of violence."

UNICEF commended the Nigerian government for deploying security forces to rescue the students.

UN Secretary-General Antonio Guterres called for the student's release in a statement issued by his spokesperson.