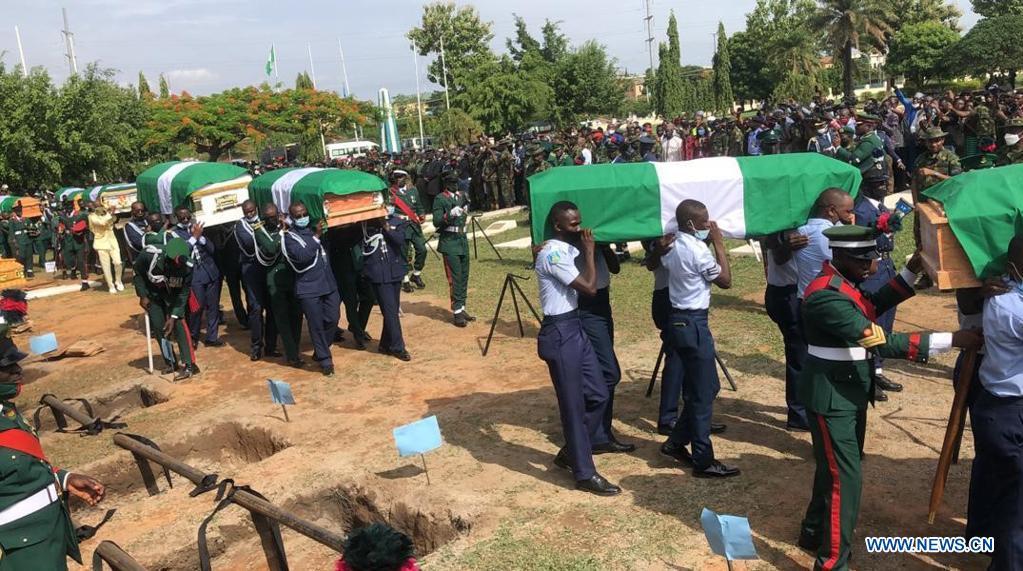 People carry coffins of deceased military officers to the site of funeral at the National Military Cemetery in Abuja, Nigeria, May 22, 2021. (Photo by Robert Oba/Xinhua)

ABUJA, May 21 (Xinhua) -- A Nigerian air force aircraft crashed on Friday evening near an international airport in Kaduna state, northwest of Nigeria, killing several people on board, including Chief of Army Staff Ibrahim Attahiru.

"The immediate cause of the crash is still being ascertained, more details to follow soon," said Gabkwet.

A press release from the state house later on Friday confirmed Chief of Army Staff Ibrahim Attahiru and other military officers were killed in the crash.

"President Muhammadu Buhari is deeply saddened over the air crash that claimed the Chief of Army Staff, Lt. Gen. Ibrahim Attahiru, and other military officers," said the statement.

Buhari described the crash as "one mortal blow to our underbelly, at a time our armed forces are poised to end the security challenges facing the country," according to the statement.

At least eight people including Attahiru were aboard the aircraft when the crash happened, military sources quoted by local media said.

The incident on Friday was the third air crash involving Nigerian military jets this year.

Another military jet involved in the anti-terror war against Boko Haram in the country's northeastern state of Borno had reportedly lost contact with the radar on March 31. Enditem 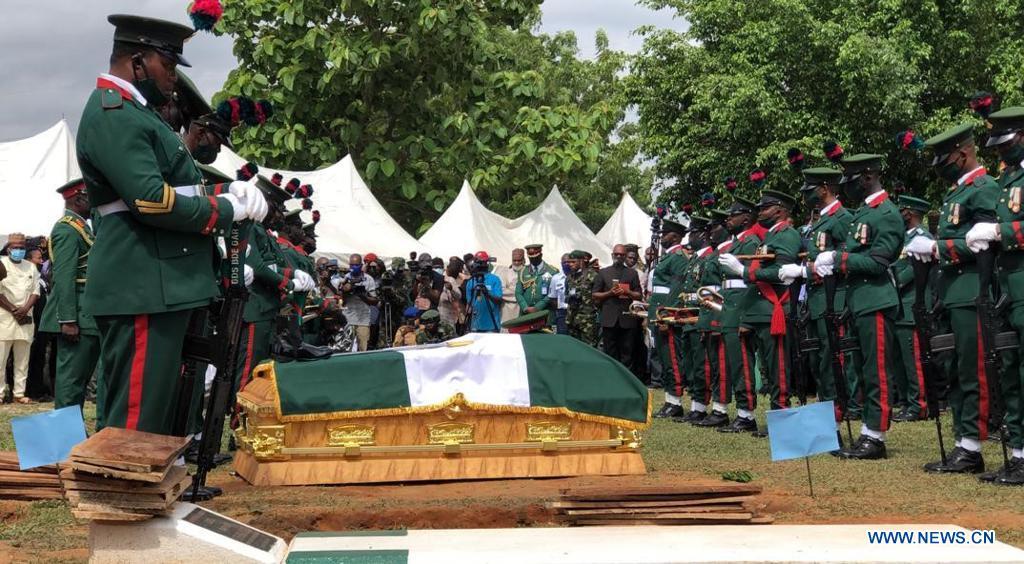 Soldiers pay tribute to deceased military officers at a funeral at the National Military Cemetery in Abuja, Nigeria, May 22, 2021. (Photo by Robert Oba/Xinhua)