Nigeria Minister of Information and Culture, Lai Mohammed, has launched a project, project funded by the Chinese government to provide free satellite television to several communities in Nigeria. 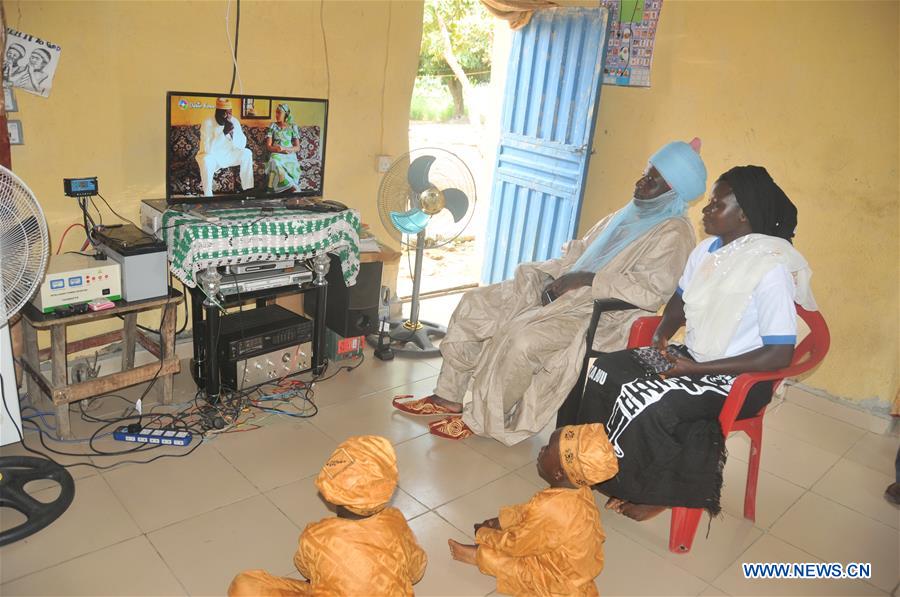 Residents watch TV at home in Hulumi community in the Nigerian capital of Abuja, on Aug. 10, 2017. StarTimes, a Chinese firm which offers direct-to-home pay TV services, introduced its digital TV service to the locality as part of its pilot project to provide satellite TV in five Nigerian villages. (Photo: Xinhua)

The project was flagged off recently in a community in Abuja, the Federal Capital Territory. Lai Mohammed said the communities Satellite TV Project was unveiled by Chinese President Xi Jinping at the 2015 Forum on China-Africa Cooperation (FOCAC) in Johannesburg, South Africa.

The Minister said the project comes under the "Ten Major China-Africa Cooperation Plans" that was part of the package announced during the 2015 FOCAC.

"Under the project, each of the 1,000 carefully-chosen villages in Nigeria will receive two sets of solar-powered projector television systems and one set of solar 32-inch digital TV integrated terminal system. " In addition, 20 recipient families with TV in each village will be provided with 20 sets of direct broadcast satellite terminal system free of charge," the minister said.

"Thereafter, they can continue to enjoy access to the 33 channels by paying N900 per month, or enjoy limited access without payment," he said.

The Nigerian Information Minister said while the project would strengthen the already very cordial China-Nigeria relations, it will also complement the ongoing efforts of the Buhari Administration to democratise access to information and entertainment in the country.

"With access to more than 30 digital channels, with crystal clear pictures and Hi-Fidelity audio, the DSO roll-out brings the benefits of digital television to all households. We call this the democratisation of information and entertainment," he said.

The Nigerian Minister also called on the implementing agency of the project, StarTimes, to expedite the installation of the satellite TV systems in the selected communities ahead of the country's general elections in February.

This will no doubt go a long way in making it easier for Nigerians to make the right choice of candidates to vote for during the elections.

"In addition, access to information will no doubt have a positive effect on the lives of people in our rural communities. After all, it is said that information is power," The Information Minister said.