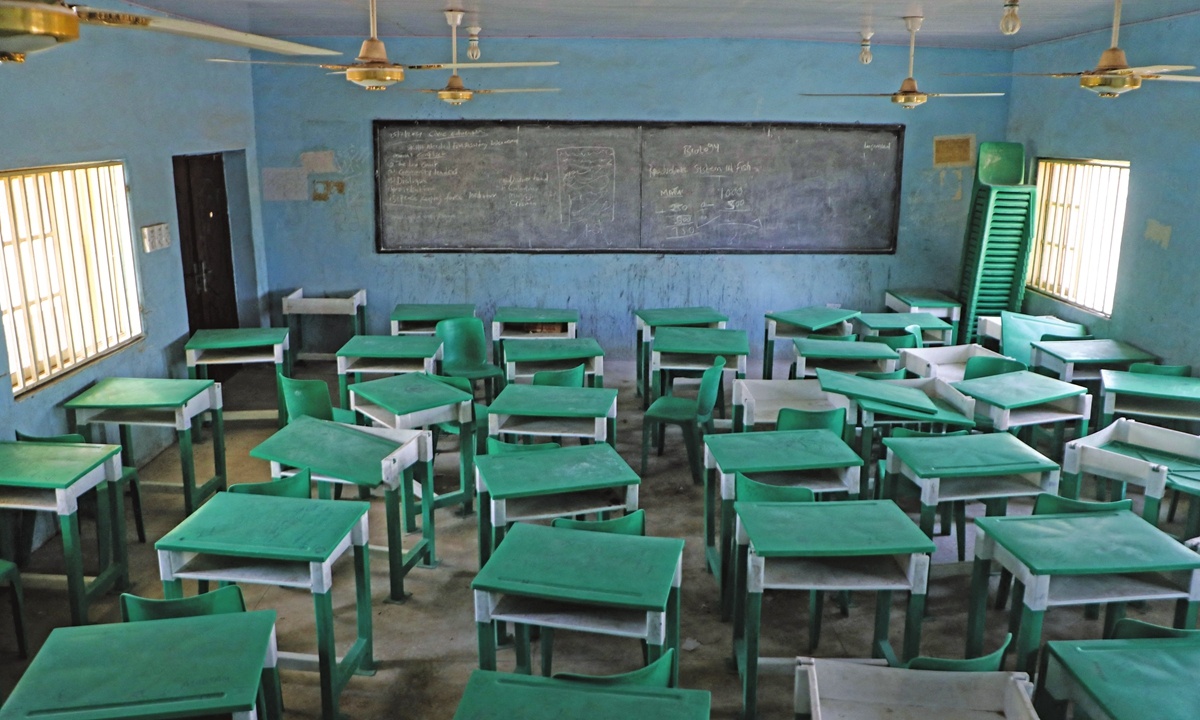 A classroom at the Government Girls Secondary School, the day after the abduction in Nigeria on February 27 (Photo: AFP)

Gunmen who kidnapped more than 100 students from a high school in northwestern Nigeria have released 15 more of the hostages after collecting ransom, a representative of the families said on Sunday.

Scores of assailants stormed Bethel Baptist High School on July 5 on the outskirts of Kaduna, capital of Kaduna State, abducting 121 students who were sleeping in their dorms.

The Bethel abduction was part of a string of kidnappings by armed gangs known locally as bandits who have long terrorized northwest and central Nigeria, looting, stealing cattle and kidnapping for ransom.

Around 1,000 students have been kidnapped since December after gangs started to target schools and colleges.

Most have been released after negotiations, but scores are still being held in forest camps.

Hayab declined to say how much was paid as local authorities say they are opposed to ransoms and have threatened to jail those who make payments.

So far 56 of the kidnapped Bethel students have been released or escaped from their abductors.

"We still have 65 more of our students with the bandits and we are working to see they can be freed," Hayab said.

Last week, nine pupils of an Islamic seminary were also seized by motorcycle-riding attackers in Katsina State, the second such incident in as many months.