Kidnappers have freed 42 people, including 27 children, snatched from a school in central Nigeria 10 days ago, officials said on Saturday, a day after gunmen abducted more than 300 schoolgirls in the northwest of the country. 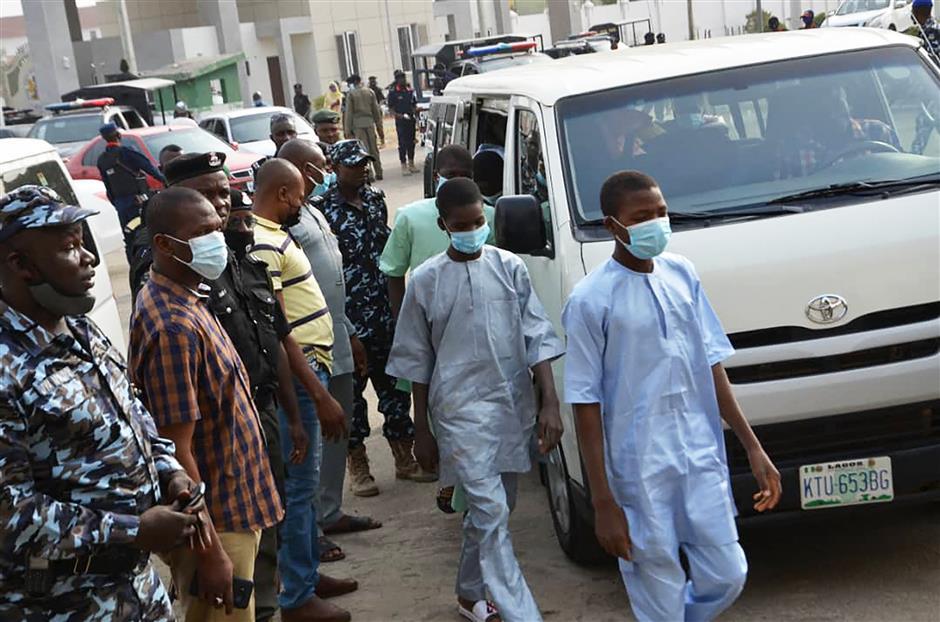 Students abducted from the Government Science College Kagara arrive at the statehouse after being freed in Minna, Niger State, central Nigeria on Saturday. (Photo: Agencies)

“The abducted students, staff and relatives of Government Science College Kagara have regained their freedom and have been received by the Niger state government,” Niger state governor Abubakar Sani Bello said on Twitter.

In mid-February, gunmen in military uniforms raided the college, killing one student and taking 42 others. They included 27 schoolboys, three teachers and other relatives of school staff, officials said.

Northwest and central Nigeria have seen a surge in attacks by heavily armed criminal gangs raiding villages, killing and abducting residents after looting and torching homes.

On Friday, in the Jangebe, a village in Zamfara state, a gang attacked the Government Girls Science Secondary School.

It was the country’s third school attack in less than three months — a series that has revived traumatic memories of the “Chibok girls” kidnapped by jihadists nearly seven years ago.

Zamfara State Police Command, working with the military, “commenced a joint search and rescue operation with a view to rescuing the 317 students,” police spokesperson Mohammed Shehu said on Friday.

“This administration will not succumb to blackmail by bandits who target innocent school students in the expectations of huge ransom payments,” he said.

“We have the capacity to deploy massive force against the bandits in the villages where they operate but our limitation is the fear of heavy casualties of innocent villagers and hostages who might be used as human shields.”