ABUJA, Nov. 5 (Xinhua) -- A total of 1o Boko Haram militants were killed and several others fled with bullet wounds as Nigerian troops repelled an attack in the country's northeastern state of Borno early Tuesday, the army said.

Two other Boko Haram militants were captured during the gunfight which lasted about three hours along the Monguno-Ngolom-Marte road, said Bulama Biu, a commander of the army in Nigeria's northeast region.

A group of Boko Haram fighters had laid an ambush for troops who were on deployment to the Marte area of Borno, launching an attack with several gun trucks.

Biu told Xinhua that the troops successfully repelled the attack. According to him, the wounded militants fled due to the superior firepower of the troops.

On Monday, he said some Boko Haram militants had earlier attempted to launch an attack on Gajiganna, a different location in Borno, but troops pushed them back, forcing the militants to also flee in disarray.

The army commander said troops had cordoned off the attacked areas in search of the fleeing militants.

Boko Haram, which launched attacks in Nigeria's northeast region a decade ago, is known for its agenda to maintain a virtual caliphate in the most populous African country. 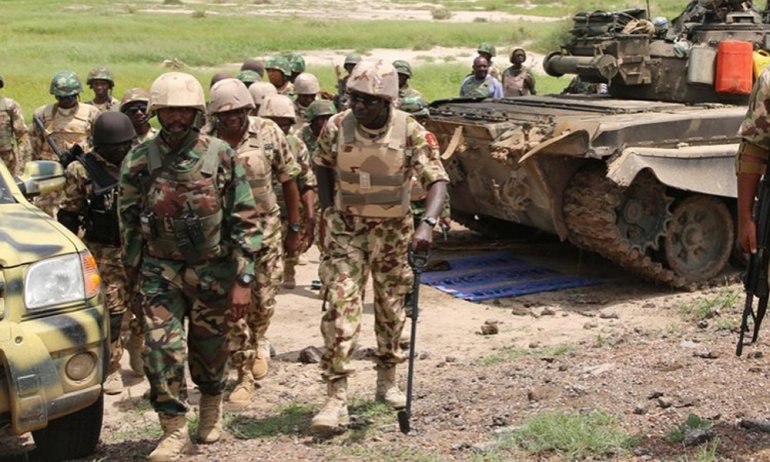