WORLD Nikki Haley resigns as US ambassador to the UN

Nikki Haley resigns as US ambassador to the UN 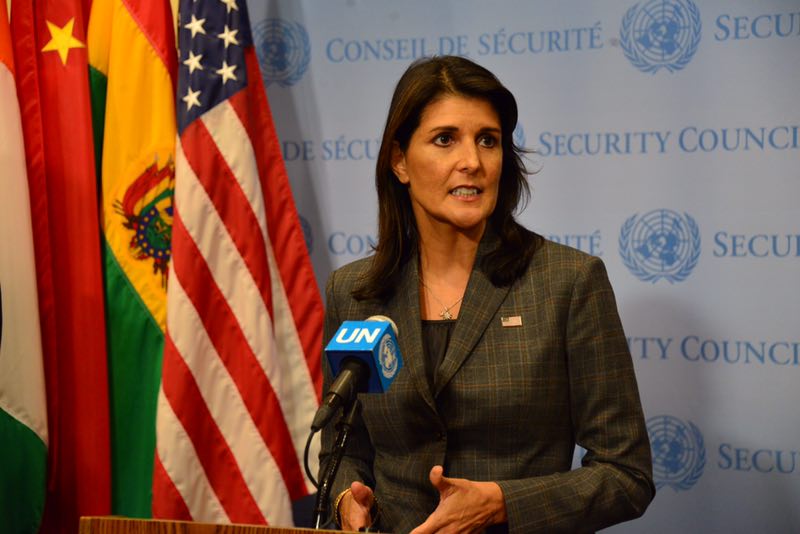 New York (People’s Daily) – US President Donald Trump announced Tuesday that US Ambassador to the United Nations Nikki Haley has resigned and will leave her post by the end of the year.

Haley was nominated for the UN position by the then-president elect in November 2016 and was sworn in on Jan. 25, 2017. During a press conference, Trump praised Haley’s efforts and claimed that he knew of her departure for the last six months.

As ambassador to the UN, Haley has been a staunch supporter of Trump’s stances on foreign policy. She also coordinated Trump's second trip to the UN’s New York headquarters last month, where he was a first-time chair during the UN Security Council.

This is the latest shake-up in the turbulent Trump administration less than a month before the November midterm elections. Haley’s resignation comes as a surprise to Congressional Republicans involved in foreign policy matters, some key US allies, and other UN Ambassadors since there was no advance word from Haley or the White House.