Nine family members among 17 dead in US 'duck boat' tragedy 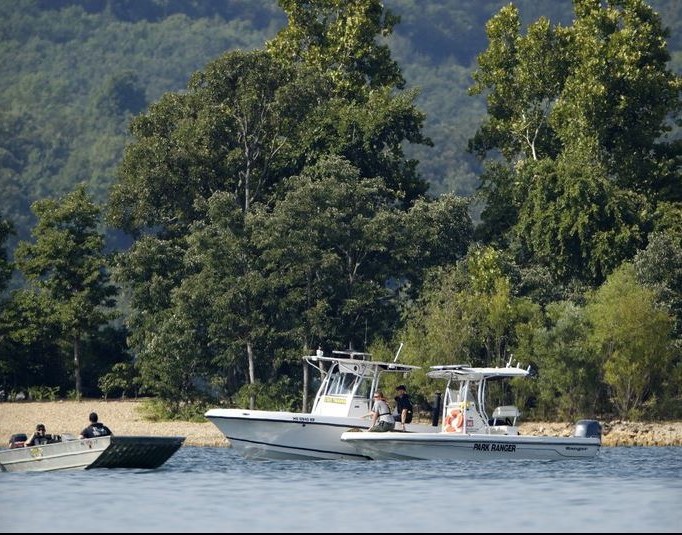 Emergency workers patrol an area Friday, July 20, 2018, near where a duck boat capsized the night before resulting in at least 13 deaths on Table Rock Lake in Branson, Mo. Workers were still searching for four people on the boat that were unaccounted for. (Photo: AP/Charlie Riedel)

Nine members of one family were among 17 people killed when a US tourist boat capsized during a sudden storm on a Missouri lake, relatives told US media on Friday, with accusations they were told there'd be no need for life jackets.

The accident occurred Thursday night in full view of witnesses, at least one of whom captured video of the amphibious vessel bobbing in rough waters on Table Rock Lake near the city of Branson, a popular holiday destination.

"My heart is very heavy. Out of 11 of us there's only two that's surviving, that's me and my nephew" Tia Coleman, her voice breaking, told Fox59 from her hospital bed.

"I lost all of my children. I lost my husband. I lost my mother-in-law and my father-in-law," along with other relatives, she told the Indianapolis TV station.

Coleman said the boat's captain had told passengers earlier in their trip that they "won't need" life jackets.

"He said it when we were in the water," she told Fox59. "When it was time to grab them, it was too late and I believe that a lot of people could have been spared." 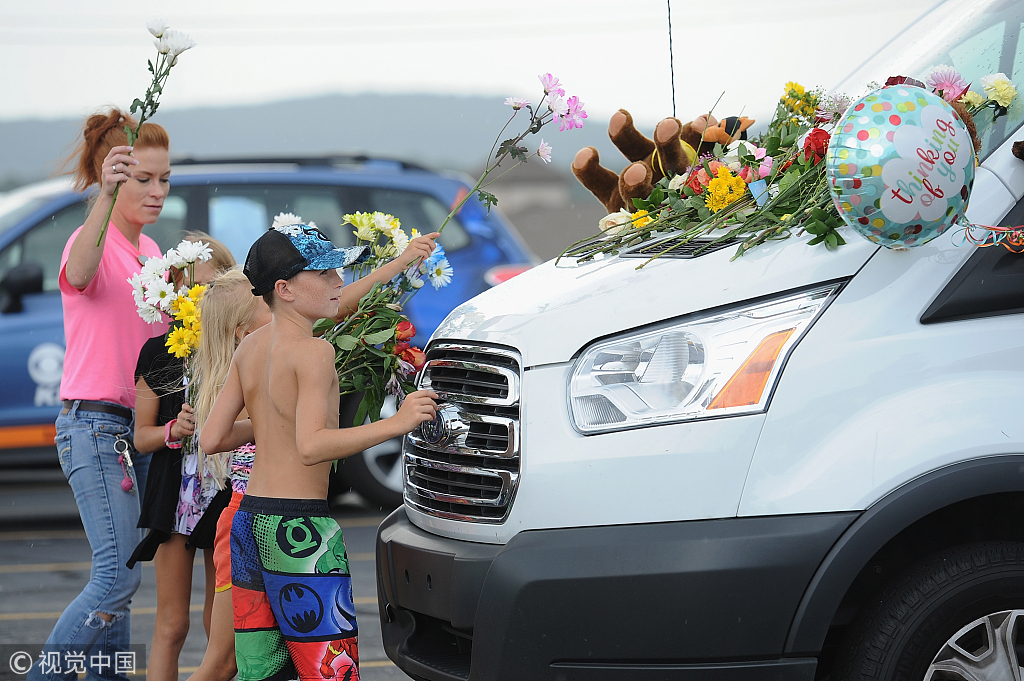 A family places flowers on vehicles of the victims of the Ride The Ducks accident on July 20, 2018 in Branson, Missouri. (Photo: VCG)

She added that the water "didn't look ominous at the very first."

They had rented a van and travelled to Branson for their annual road trip, she told the newspaper.

Police said 31 people were aboard the vessel, known as a duck boat for its wheels that allow it to ride on land and float low on the water.

The hybrid nature of such craft has previously raised safety questions.

The boat was seen struggling to reach shore against strong winds, before succumbing to the waves and beginning to sink.

The dead ranged in age from one to 70 years of age, and included the boat's driver, according to the Stone County Sheriff's office.

He was one of two crew, US media reported. The other, who survived, was in charge when the craft owned by Ripley Entertainment company took to the water.