At least nine people were injured, one seriously, when a vehicle deliberately plowed into crowds celebrating the New Year in the Japanese capital Tokyo early on Tuesday.

The incident happened shortly after midnight on Monday on Takeshita Street in the popular tourist area of Harajuku, near Meiji Shrine, in central Tokyo. 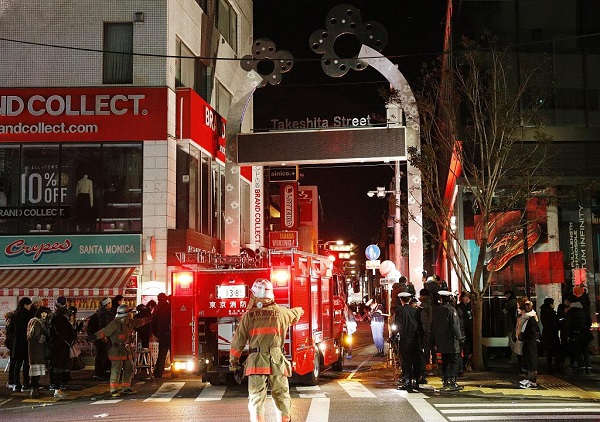 Photo taken on Jan. 1, 2019 shows a street in Tokyo's Shibuya Ward near which a man rammed his car into pedestrians the previous day in what he claimed was an act of terrorism, leaving nine people injured. (Photos: VCG)

The driver had been detained on suspicion of attempted murder, police said.

The man was identified as Kazuhiro Kusakabe, 21, from Osaka, national broadcaster NHK said.

The suspect reportedly told police the attack was in "retaliation for the execution of Aum cult members."

The street, which is a world-famous hub of Japanese youth culture and fashion, was closed to vehicles over the New Year to accommodate a large number of pedestrians making their way to the shrine for New Year's prayers. 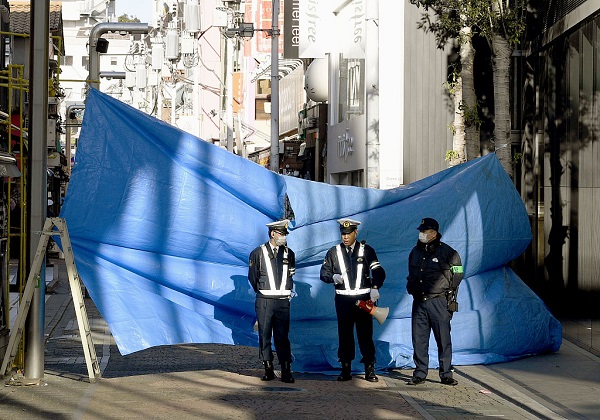 Photo taken on Jan. 1, 2019 shows a street in Tokyo's Shibuya Ward near which a man rammed his car into pedestrians the previous day in what he claimed was an act of terrorism, leaving nine people injured.

"I can't believe it, this is a place I'm familiar with, so it's very shocking," said Tatsuhiro Yaegashi, a 27-year-old who works in the area.

Media reports said the suspect fled from the scene and assaulted a passerby before he was captured 20 minutes later. About 20 liters of kerosene were found in his car.

(Coverage image: Pedestrians walk past a crime scene the morning after a man drove into the crowd on New Year's Day in Tokyo's Harajuku district, January 1, 2019.)