Nine members of a rescue team have been found dead after a bid to save workers from a hydropower plant engulfed by a landslide in central Vietnam, authorities said Thursday. 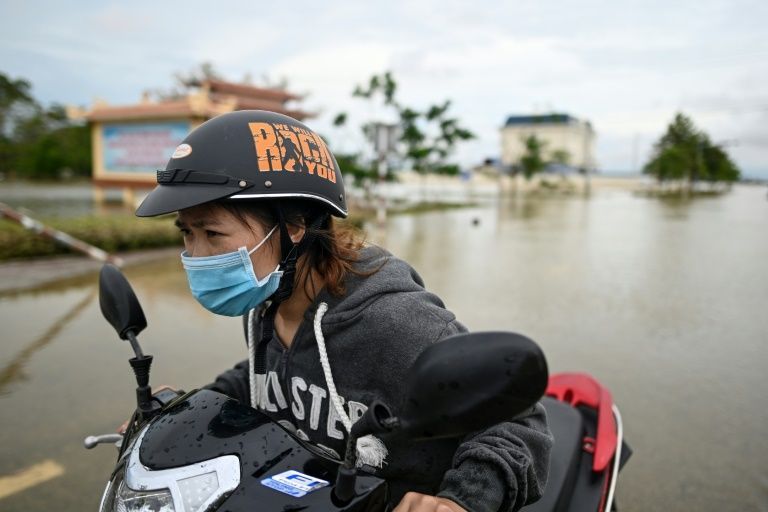 Severe flooding and landslides caused by heavy rain pounding the region have killed at least 40 people in the past week, officials said, with more bad weather on the way.

An official government website said 17 workers at a hydro station had gone missing following a landslide. Another worker's body had been recovered.

A rescue team of 13 ran into difficulties, however, and nine members had been found dead.

Images on state media showed hundreds of soldiers with excavators digging through thick mud to look for those still missing.

Two storms in a week have brought devastating rains to parts of central and northern Vietnam, triggering landslides in mountainous areas.

In rural areas of Thua Thien Hue province, people whose homes had been badly damaged, or in some cases still partially submerged, faced the prospect of further downpours.

Almost a million people have been affected by the downpours and more than 200,000 homes flooded.

"We have been sleeping on a boat for the last five nights," Phan Gia Quang told AFP at his home in Quang Dien district, where murky brown water pooled around his sofa.

"We are worried. If the storm comes here, we only have the boat to stay on and no way to make our situation better," he added, as he made a pot of tea on his wooden boat.

Cambodia has also been badly hit by floods, with the northwest worst affected.

Thirteen people have been killed, including five children, according to the national community for disaster management.