North Korean leader Kim Jong-un says he hopes to extend his high-stakes nuclear summitry with US President Donald Trump into 2019, but also warns Washington not to test North Koreans' patience with sanctions and pressure. 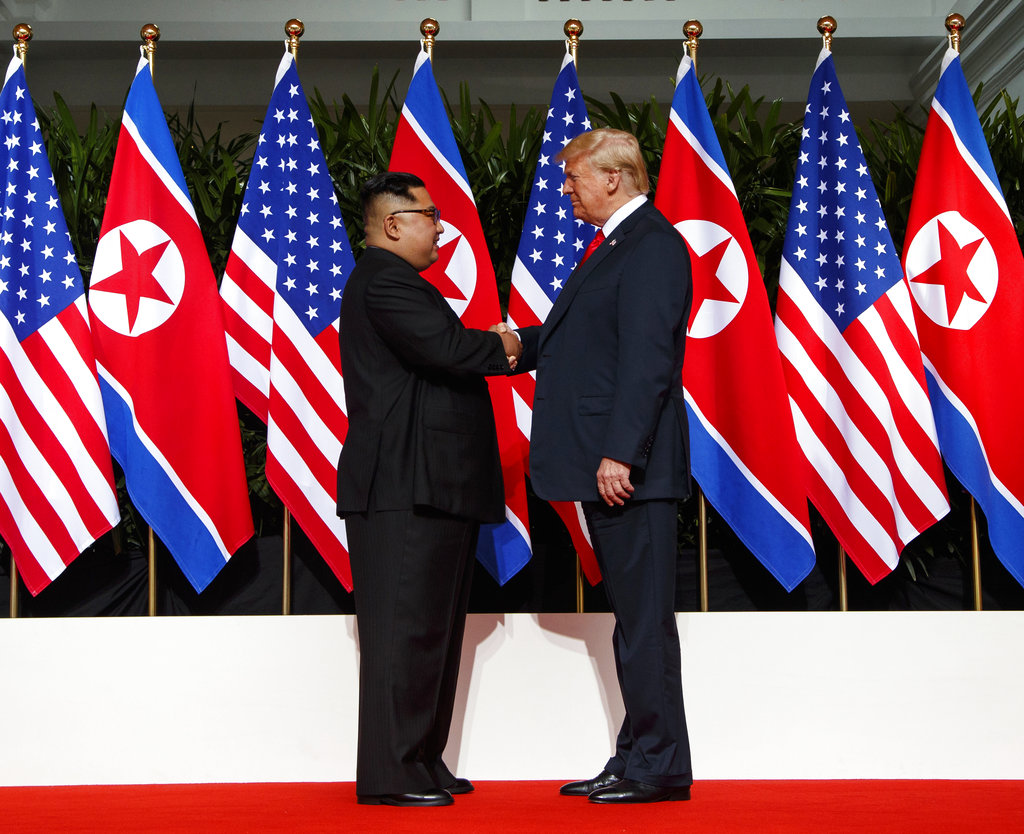 Kim also during his New Year's speech on Tuesday said the United States should continue to halt its joint military exercises with ally South Korea and not deploy strategic military assets to the South.

Kim and Trump met June 12 in Singapore where they signed a vague statement on a nuclear-free Korean Peninsula without describing when and how it would occur.

Nuclear talks between Washington and Pyongyang have stalled for months as they struggle with the sequencing of North Korea's disarmament and the removal of US-led sanctions against the North.