No charges for deputies in Andrew Brown shooting: district attorney

No charges will be filed against North Carolina sheriff's deputies who shot and killed Andrew Brown Jr., a 42-year-old Black man whose family claims he was "executed" as he sat in his car. 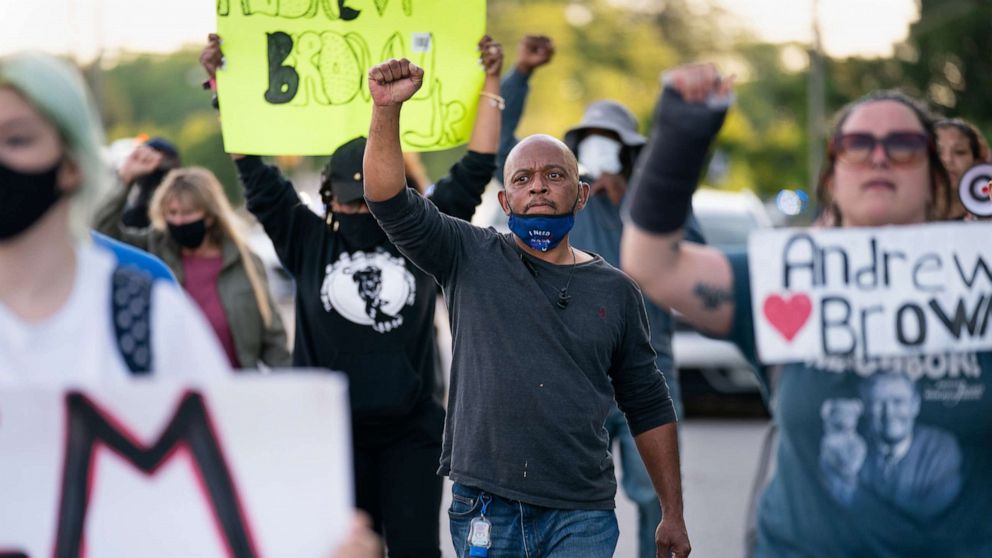 Protestors march in the street after a news conference addressing police video footage of the shooting death of Andrew Brown Jr., May 11, 2021, in Elizabeth City, N.C. Brown was shot and killed by officers from the Pasquotank County Sheriff's Office on April 21. /Getty Images

Elizabeth City, North Carolina, District Attorney Andrew Womble said at a news conference on Tuesday morning that the three deputies who opened fire on Brown, a father of seven, were justified in their use of deadly force because Brown drove his vehicle toward them and allegedly made contact with them twice before they fired their weapons.

Womble said he made his decision based on the results of an investigation by the North Carolina State Bureau of Investigation.

"Mr. Brown's death, while tragic, was justified, because Mr. Brown's actions caused three deputies with the Pasquotank County Sheriff's Office to reasonably believe it was necessary to use deadly force to protect themselves and others," Womble said.

The shooting unfolded at about 8:30 a.m. on April 21 when deputies from Pasquotank and Dare Counties went to Brown's home to attempt to serve two arrest warrants on Brown and a search warrant for Brown's home in connection with a felony drug investigation, officials said.

Womble said an autopsy showed Brown was shot twice, once in the shoulder and once in the back of the head.

Brown's family and their attorneys commissioned an independent autopsy they say shows he was shot five times, including once in the back of the head.

Seven Pasquotank deputies involved in the episode were initially placed on administrative leave, but four of them were allowed to return to duty after it was determined they did not fire shots at Brown, officials said.

The three deputies who opened fire on Brown were identified by Pasquotank County Sheriff Tommy Wooten as Investigator Daniel Meads, Deputy Sheriff II Robert Morgan and Cpl. Aaron Lewellyn. Meads and Morgan have each been with the sheriff's office for more than five years, and Lewellyn has served over two years.

Womble said the officers fired a total of 14 shots after Brown allegedly used his car as a deadly weapon.