WORLD No charges for Texas officer in killing of college student

No charges for Texas officer in killing of college student

A grand jury declined to indict a North Texas police officer in the fatal shooting of a college student who had refused to drop a frying pan and a cleaver and then advanced toward police with the pan. 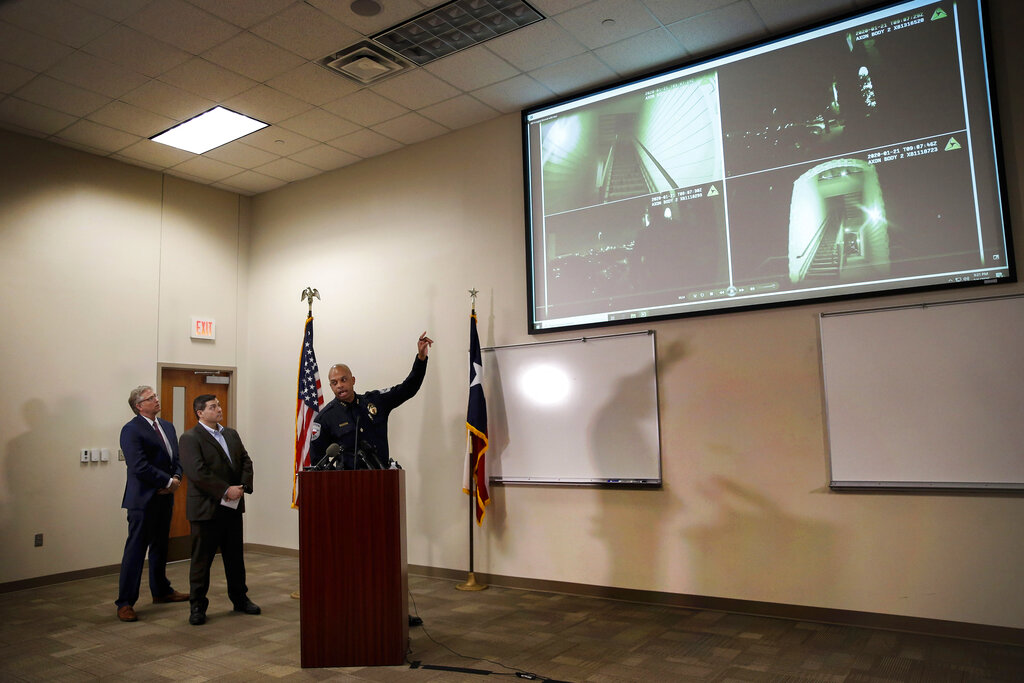 The Denton County grand jury made the decision Thursday about the officer, whose name police have not released.

Darius Tarver, a 23-year-old University of North Texas student, was shot in January 2020 after residents of an apartment complex in Denton, located 40 miles (64 kilometers) northwest of Dallas, called 911 and said a man was banging on doors and breaking light fixtures.

Body camera footage showed that he was shocked twice with a stun gun before he was fatally shot.

Tarver’s family and their attorney have said he was in the midst of a mental health crisis after suffering a brain injury in an earlier car crash.

Denton police said in a written statement that an internal investigation of the shooting to determine whether departmental policies were followed will end within 30 days. The officer remains on administrative duty.