WORLD No charges for Wisconsin officer in killing of Black teen

No charges for Wisconsin officer in killing of Black teen

A Black Wisconsin police officer who fatally shot a Black teenager outside a suburban Milwaukee mall in February won't be charged because he had reasonable belief that deadly force was necessary, a prosecutor said Wednesday. 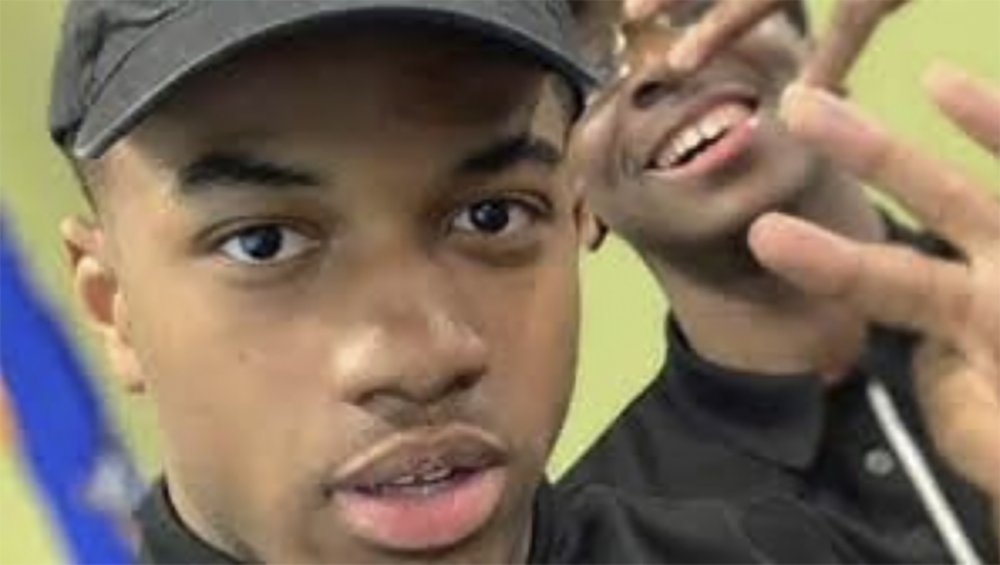 This undated family photo provided by Taleavia Cole shows her brother Alvin Cole, left. Wauwatosa, Wis., Police Officer Joseph Mensah shot and killed the 17-year-old outside a mall in February, 2020 after receiving a call of a man with a gun in the mall. (Photo: AP)

Milwaukee County District Attorney John Chisholm, in a 14-page letter laying out his rationale, said evidence showed Cole fled from police carrying a stolen 9 mm handgun. He cited squad car audio evidence, along with testimony from Mensah and two fellow officers, that he said showed Cole had fired a shot while fleeing and refused commands to drop the gun.

"He did not surrender the weapon and was fired upon by Officer Mensah causing his death," Chisholm wrote. He concluded: "(T)here is sufficient evidence that Officer Mensah had an actual subjective belief that deadly force was necessary and that belief was objectively reasonable."

Cole was the third person Mensah has fatally shot since becoming an officer, and his death has sparked periodic protests in Wauwatosa and the Milwaukee area. Gov. Tony Evers announced earlier Wednesday that he had activated National Guard members as a precaution, though he didn't say how many or how they were being used. Guard spokesman Maj. Joe Trovato later said "hundreds" of troops were at the ready.

The city of Wauwatosa issued a nightly 7 p.m. curfew after Chisholm's decision was announced, to run until next Monday.

Scores of people surrounded the Milwaukee County Public Safety Building as Cole's attorney and family members met with Chisholm, some chanting, "Say his name! Alvin Cole!" and "Justice! When do we want it? Now!"

Chisholm's report noted that Cole's gun had a spent round in the chamber — the one that investigators believe he fired while running, possibly striking himself in the arm — and that the magazine was recovered in his sling bag, meaning the gun had no more bullets in it when he was shot. Mensah and two other officers at the scene said Cole pointed the gun at them.

Cole's sister, Taleavia Cole, insisted the shooting wasn't justified because her brother could not have fired at Mensah. She said he should not be allowed to continue working as an officer.

"The fight continues. It doesn't end here," said his sister, Taleavia Cole. "... It's time for DA Chisholm to retire or step down.

Chisholm also said that he didn't believe the state had enough evidence to disprove that Mensah was defending himself or others, so he couldn't meet the burden required to bring charges. Kimberley Motley, a family attorney for the Coles, seized on Chisholm's wording.

"Chisholm did not say that the shooting was justified," Motley said. "And that's really important."

Motley, who also represents the families of the two other people killed by Mensah, said if he had been fired earlier then Cole would still be alive.

"We are not done fighting," she said. "We are still going to fight for a conviction of Officer Joseph Mensah."

Chisholm told the Milwaukee Journal Sentinel in an interview that he understood some people would be angry or disappointed by his decision, but he said he wouldn't change his "objective review" because of it. He said that although Mensah had been cleared in all three of his shootings, Chisholm was concerned about his involvement in so many.

"This creates an incredible dilemma for the city of Wauwatosa and the Wauwatosa Police Department and the community," he told the newspaper. "I've never been cavalier about that."… What is unique about this case is that it just creates such a liability for (shooting) number four. Everybody recognizes that."

The Wauwatosa Police and Fire Commission suspended Mensah with pay in July, and he has appealed that suspension. The commission hired former U.S. Attorney Steven Biskupic to investigate the case with an eye toward what discipline Mensah might face. In a report released earlier Wednesday, Biskupic recommended that Mensah be fired, saying the risk he might shoot a fourth person is too great.

Biskupic also wrote that Mensah violated department policy when he spoke to the media about the shooting in July.

An attorney for Mensah didn't respond to a phone message from The Associated Press.

There's no body-camera video of the Cole shooting because Wauwatosa's officers aren't equipped with them. The city did release squad car dashcam video that shed little light on what happened.

Cole's death sparked protests in Wauwatosa throughout the summer, including in and around the mall and outside a house where Mensah was staying. Two men were charged in an August altercation at the house after a shotgun was fired.

Mensah was not charged in the 2016 death of Jay Anderson Jr. or the 2015 death of Antonio Gonzales. Police have said Mensah shot Gonzales eight times after he refused to drop a sword. In Anderson's case, Mensah approached a parked car where Anderson was sleeping and said he saw a gun and thought Anderson was reaching for it, so he shot him six times.

Wauwatosa Police Chief Barry Webber said in a recorded message that his department "concurs' with the decision but "hears the message" from the public. He said the department has taken steps to improve policing, such as providing added training, posting department police and procedures online and requiring body cameras for all officers by January.

Evers also activated the state's National Guard  in August, the morning after a Kenosha police officer shot Jacob Blake, a Black man, in the back. The shooting sparked three days of protests over police actions and racism, and caused an estimated $50 million in damage to roughly 100 downtown businesses. Minnesota Gov. Tim Walz also activated Guard members after  George Floyd's death in police custody in Minneapolis set off protests and damaging riots and arson in that state.

In anticipation of protests after the announcement of the charging decision, Wauwatosa officials shut down City Hall and the library for about three days, beginning at noon Wednesday. News of the decision comes after high-profile deaths of Black people during interactions with police sparked protests that spread around the world over the summer and led to a national reckoning on race in America.