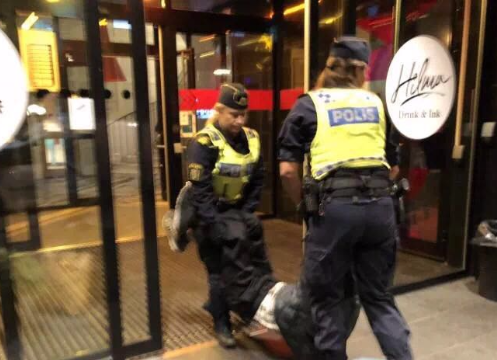 The Swedish Foreign Ministry confirmed to CNN that the Chinese authorities had raised the matter of three Chinese tourists, both in Stockholm and with the Swedish Embassy in Beijing.

In a statement, the Swedish Public Prosecution Office said that a decision had been made on September 7 that "no criminal offense has been committed by the police" and therefore no investigation would be opened, according to CNN.

"In the early morning of Sept. 2, three Chinese tourists, including two elderly, were brutally treated by local police on the outskirts of Stockholm," Geng told a routine press briefing, Xinhua reported.

"The Chinese Embassy in Sweden and Chinese Foreign Ministry have successively lodged representations with the Swedish side, calling on the Swedish side to conduct a thorough investigation, respond to the Chinese tourists' reasonable appeal in a timely manner and inform the Chinese side as soon as possible.”

"This is not in line with diplomatic and international common practices," Geng said. "We urge the Swedish side to attach importance to the Chinese side's concern and take concrete measures to guarantee Chinese tourists' safety and legitimate rights."