With the spectre of a no-deal Brexit looming on October 31, EU members are taking measures to cushion their economies, safeguard trade with Britain and protect citizens' rights. 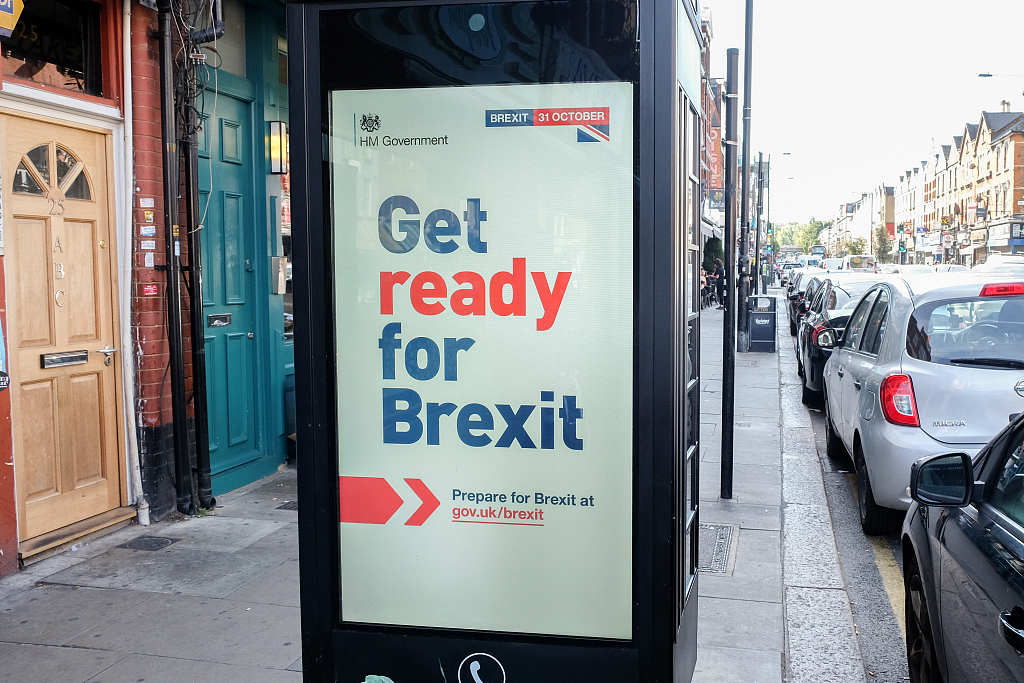 The prospect of trade barriers being re-erected on November 1 between Britain and its EU neighbours has led to fears of nightmarish tailbacks at borders, with potentially huge losses for exporters.

An end to freedom of movement could also spell anguish for some of the 3.5 million EU citizens living in Britain and the around 1.2 million Britons living in other EU countries.

Following is a summary of the preparations taken by various EU members:

Britain says it will scrap tariffs on most imports, while keeping a reduced rate for some agricultural products to protect farmers.

The EU, for its part, says it will treat Britain as a "third country", imposing tariffs that are generally low but could run to 10 percent on cars, for example.

A leaked government report on the potential impact of a no-deal Brexit set alarm bells ringing in August.

It warned that that tailbacks at Channel ports could lead to drug shortages and food price hikes which could in turn trigger "public disorder".

Britain, meanwhile, has already received applications from over a million Europeans for "settled status", around a third of whom have been turned down for permanent residency.

- Ireland: On the Brexit frontline -

Ireland is expected to be worst affected by a disorderly departure from the EU of its largest trading partner in the bloc.

More than half of all Irish beef exports go to Britain, and in the event of a no-deal Brexit, could be priced out of the market by steep tariffs.

With Ireland importing most of its food from or through Britain, retailers have also warned of potential shortages of fresh produce.

Meanwhile, Britain and the EU are still at odds over how to avoid border checks or infrastructure between Ireland and British-controlled Northern Ireland, seen as key to upholding a 1998 peace deal that ended three decades of sectarian conflict.

The German government says it is ready for "all imaginable exit possibilities" and has passed around 50 laws and regulations aimed at limiting the impact of a no-deal scenario.

Berlin says its biggest priority is protecting the interests of citizens on either side of the Channel "who took advantage of the free movement and made life decisions based on its existence".

British citizens living in Germany will have nine months after Brexit to apply for residence permits.

France has insisted it is ready for no-deal and will this week carry out a dress rehearsal in the Channel port of Calais -- a major hub for trade between Britain and the Continent -- to showcase new technology aimed at avoiding long tailbacks.

Paris has hired hundreds of extra customs officials and devised a barcode system for trucks crossing the Channel to help customs detect their contents and determine whether or not they need to be checked on arrival.

Britons in France, home to the second-biggest British expatriate community in the EU (at least 150,000 people) will have a year after Brexit to apply for residency status.

- Spain: Between Rock and hard place

The country with the largest number of British residents in the EU has tasked 875 civil servants with working out issues such as customs and border controls and residency rights after Brexit.

But many questions remain, including how Spain will cooperate with the tiny British territory of Gibraltar, situated on its southern coast.

Spain has pledged freedom of movement with the territory known as "The Rock" after Brexit and said it will grant residency to 400,000 Britons.

Italy has said that Britons who have spent at least six months a year over the five years leading up to Brexit will be eligible for permanent residency.

Among those most worried about a no-deal Brexit are prosecco producers, whose British clients knock back a staggering 120 million bottles a year.

"The uncertainty worries us but we are confident that the British will not ditch their guilty pleasure," Innocente Nardi, president of the Conegliano Valdobbiadene prosecco producers consortium, said.

Poland has a big stake in keeping trade between the EU and Britain flowing after Brexit: Around 25 percent of the goods shipped between Britain and its EU neighbours are transported by some 2,500 Polish hauliers.

Poles also make up the biggest foreign-born community in Britain.

The Polish ambassador to Britain has written to the around 1 million Poles in Britain advising them to apply for Britain's settlement scheme.

Vaunting the rude health of the Polish economy he also asked Poles to consider returning home.

The Dutch government has spent two years preparing for a no-deal Brexit, announcing plans to recruit 900 extra customs officers and add hundreds of extra parking spots for trucks backed up in the busy port of Rotterdam.

But the Dtuch have also been hoping to benefit from the uncertainty caused by Britain's exit from the EU.

The Netherlands Foreign Investment Agency (NFIA) said in August that nearly 100 international companies have decided to establish a base in the Netherlands to guarantee their access to the European market.

With Britain supplying the second-biggest number of tourists to Greece last year (3 million), the government in Athens is worried about the impact of post-Brexit border controls on the country's tourist sector.

Athens is also desperate to avoid any disruption in the operation of its influential merchant shipping sector.

Greek shipowners have had a presence in Britain since the 19th century.