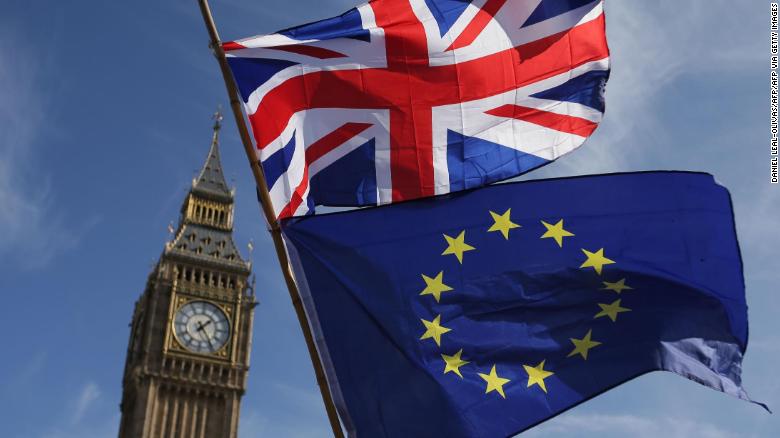 A "no-deal" Brexit could be three times more costly to Britain's economy in the long term than the coronavirus outbreak, a new study published Tuesday warned.

The think-tank UK in a Changing Europe said the political and economic effects of the pandemic were likely to mitigate or hide that of failing to secure a trade agreement with the EU.

But in the short term, the lack of a new formal trading relationship with Brussels would be bad news for economic recovery and larger than the health crisis in the long term.

The think-tank, which collaborated with the London School of Economics, said Brexit would hit growth in the coming years more than if the UK had opted to remain in the bloc.

"The claim that the economic impacts of Covid-19 dwarf those of Brexit is almost certainly correct in the short term," its authors wrote.

"Not even the most pessimistic scenarios suggest that a no-deal Brexit would lead to a fall in output comparable to that seen in the second quarter of 2020.

"However -- assuming a reasonably strong recovery, and that government policies succeed in avoiding persistent mass unemployment -- in the long run, Brexit is likely to be more significant.

"Our modelling with LSE of the impact of a no-deal Brexit suggests that the total cost to the UK economy over the longer term will be two to three times as large as that implied by the Bank of England's forecast for the impact of Covid-19."

The study estimated that the negative impact on gross domestic product would be 5.7 percent over the next 15 years compared with the current level, while GDP was forecast to take a 2.1-percent hit from Covid-19.

The projections come despite a lack of clarity about the overall repercussions from the pandemic, and as a second wave of infections hits Europe.

Effects to show up at borders

The report said the most immediate and visible consequences of a "no-deal" will be seen at borders, with risks of queues and shortages of certain foods and medicines.

The reintroduction of customs duties and paperwork for importers and exporters will increase costs for both businesses and consumers.

Britain and the European Union have set an October 15 deadline to strike a deal, but weeks of talks remain deadlocked over key areas such as competition and fisheries.

Prime Minister Boris Johnson has said he will walk away from negotiations if there is no agreement, despite having promised that it would be quick and easy to get one.

Britain would then deal with the EU -- its biggest trading partner -- under World Trade Organization rules from January 1, 2020.

"While the prime minister said no deal is a 'good outcome', our report shows that it may lead to significant disruption and will have a significant economic impact," said Anand Menon, director of the UK in a Changing Europe.

"As significant will be the political fallout of no-deal, particularly with the UK and EU, but also inside the UK, particularly Northern Ireland, and internationally too."