WORLD No doubt US, China benefit from decades of cooperative ties: Neil Bush

No doubt US, China benefit from decades of cooperative ties: Neil Bush 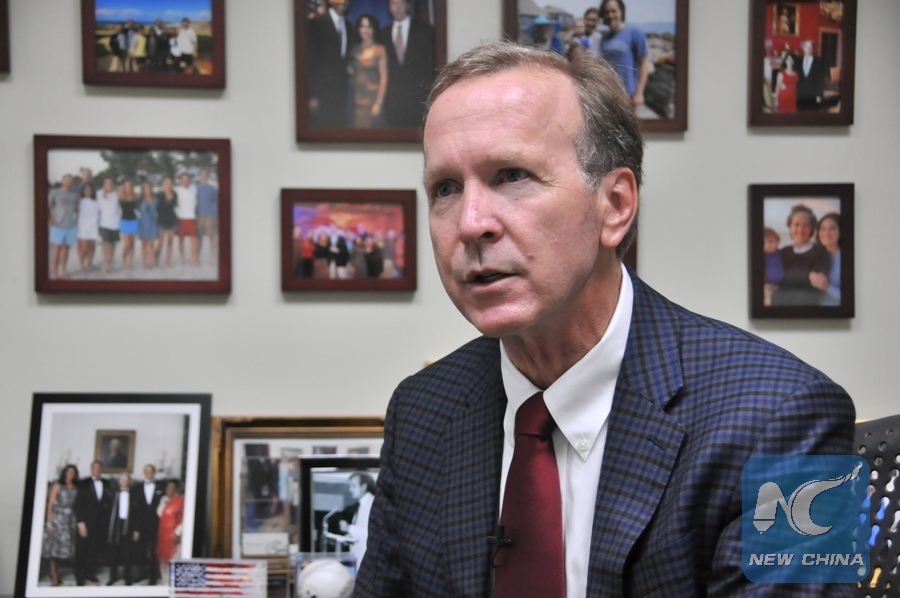 WASHINGTON, Oct. 1 (Xinhua) -- "There's no doubt" both the United States and China have benefited from the constructive, cooperative bilateral ties over the past 40 year, said Neil Bush, chairman of George H.W. Bush Foundation for U.S.-China Relations, on Thursday.

The son of former U.S. President George Herbert Walker Bush made the remarks in a video massage at a virtual reception and concert hosted by the Chinese embassy in the United States celebrating China's National Day and Mid-Autumn Festival, both of which fell on Thursday.

A year ago this day, Bush said he was invited to attend the celebration of the 70th anniversary of the founding of the People's Republic of China, and "witnessed an amazing parade and saw a great outpouring of pride that the Chinese people rightfully have for the progress that has been made over the past 70 years."

"A lot of that progress can be attributed to our bilateral ties, the ties between the United States and China," he said.

"It is my deep desire and hope that I will continue to commit myself to improving dialogue, to improving understanding, to bringing our countries together so that we can lock arms in trying to tackle the humans' greatest challenges that we face, challenges related to the environment, to terrorism, to health," he said.

"And right now, it's never more important than trying to learn from one another, so that we can tackle this terribly devastating global pandemic" of COVID-19 that has killed more than 1 million people worldwide, he said.