WORLD No evidence shows flu deaths in US were caused by coronavirus: CDC

No evidence shows flu deaths in US were caused by coronavirus: CDC 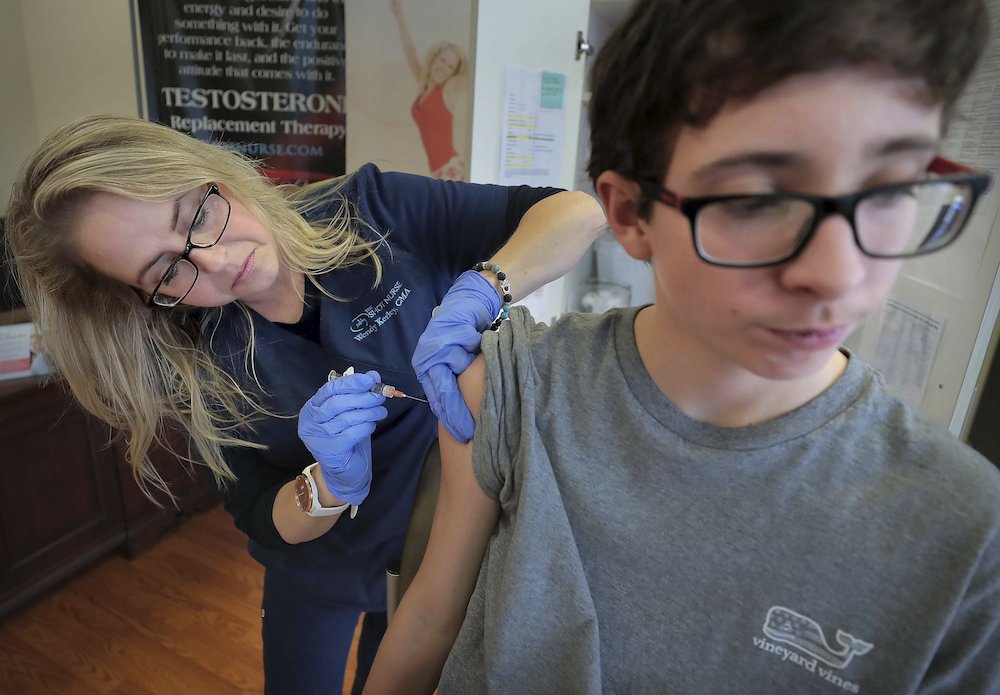 The US Center for Disease Control and Prevention (CDC) refuted a story by TV Asahi, claiming there is no evidence to support the story which said many of the flu death cases in the US may have been caused by the COVID-19.

The report by the Japanese TV story has gone viral on Chinese social media on Saturday, stoking fears and speculations in China that the novel coronavirus may have originated in the US.

The CDC told the Global Times that there is no evidence to support TV Asahi's statement.

The CDC said they have not yet begun doing community surveillance for COVID-19.  There are 14 confirmed cases in the US and an additional 21 confirmation cases among people who have been repatriated from Wuhan, China, and the Diamond Princess Cruise ship in Japan.

On February 14, the US CDC said they will begin to test individuals with influenza-like-illness for the novel coronavirus at public health labs in Los Angeles, San Francisco, Seattle, Chicago, and New York City.

The Military World Games were held in Wuhan in October. "Perhaps the US delegates brought the coronavirus to Wuhan, and some mutation occurred to the virus, making it more deadly and contagious, and causing a widespread outbreak this year," a user posted on China's Twitter-like Sina Weibo.

Shen Yi, an international relations professor at the Shanghai-based Fudan University, noted that global virologists are working to track the origin of the virus, including the intelligence agencies. Netizens are encouraged to actively partake in discussions, but preferably in a rational fashion.

"The symptoms and the contagiosity of the COVID-19 are evident to all. It is impossible to conceal the origins of the disease," Shen said, urging the public to rely more on facts.

The epidemic is a major test for many systems and media should report in a clear and accurate manner. Asahi's report is actually using ambiguous Japanese expressions to lead readers to think that the COVID-19 is more serious than it appeared to be in the US, he added.