No excess lead exposure in children near Notre Dame: study

French health authorities said Tuesday that no excessive lead levels had been detected in children living close to the burned out Notre-Dame cathedral in Paris, or going to school nearby. 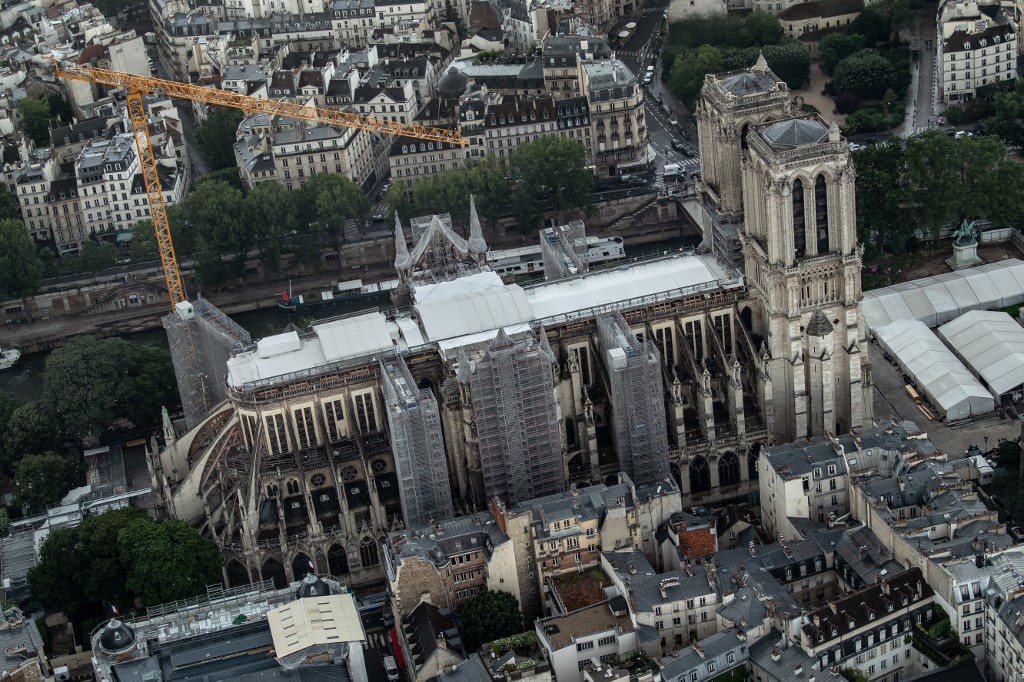 An aerial picture taken on July 12, 2021 shows a view of the Notre-Dame de Paris Cathedral on the "Ile de la Cite" island in the Seine river in Paris. (File photo: AFP)

Several hundred tonnes of lead in the roof of Notre-Dame melted or were dispersed as microparticles over Paris when the Gothic masterpiece was gutted by a fire on April 15, 2019.

But a study of 1,222 children concluded that there had been "no significant increase in childhood lead exposure," Public Health France said.

Levels of lead detected in children living or studying in the vicinity of the cathedral were "close to those estimated in the general population and lower than those of children screened in Paris" during previous testing programs in 2015 and 2018, it said.

Paris authorities and health bodies have been accused of failing to safeguard the health of people living near the cathedral due to the lead pollution from the fire.

One complaint was filed earlier this month by families living near the cathedral, along with the Paris branch of the CGT trade union and the anti-pollution association Henri Pezerat.

Another one was filed in April by the French association Robin des Bois, which alleges that lives were put in danger.

Lead poisoning, which can result in developmental problems, is especially dangerous to unborn babies and young children, who absorb more lead than adults.