WORLD No link between ibuprofen and COVID-19 severity: study

No link between ibuprofen and COVID-19 severity: study

Taking anti-inflammatory drugs like ibuprofen does not increase the risk of developing a severe form of COVID-19 or of dying from it, according to a new study, the largest so far on this class of medicines. 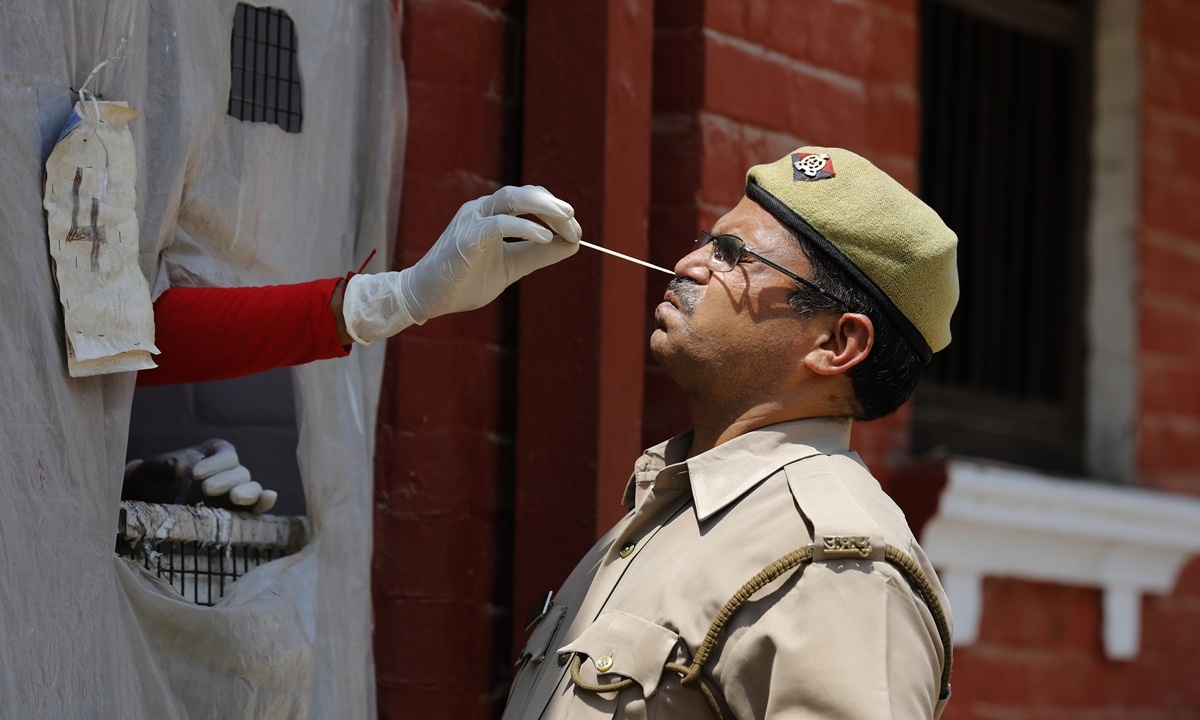 A health worker takes a nasal swab sample of a policeman to test for COVID-19 in Prayagraj, India, Saturday. (Photo: VCG)

At the start of the coronavirus pandemic there was concern over the potential effects of nonsteroidal anti-inflammatory drugs (NSAIDs), which are used to treat everything from minor pain to chronic arthritis and cardiovascular disease.

But observational research published Saturday in the medical journal Lancet Rheumatology, based on 72,000 hospitalized patients, found that the drugs "do not increase the mortality or severity" of COVID-19.

The authors recommended that doctors should continue to prescribe NSAIDs as they have in the past.

"When the pandemic began over a year ago, we needed to be sure that these common medications would not lead to worse outcomes in people with COVID-19," lead author Ewen Harrison, a professor at the University of Edinburgh, said in a press release.

"We now have clear evidence that NSAIDs are safe to use in patients with COVID-19, which should provide reassurance to both clinicians and patients that they can continue to be used in the same way as before the pandemic began."

The NSAID family of anti-inflammatory drugs includes those widely used by the general public like ibuprofen - an active substance in common drugs, such as Nurofen or Advil - or ketoprofen.

Concerns over the drugs emerged at the start of the COVID-19 pandemic and centered on suspicions that they can worsen infections, especially bacterial.

In March 2020, for example, the World Health Organization (WHO) recommended that people suffering COVID-19 symptoms avoid self-medicating with ibuprofen, after French officials warned that anti-inflammatory drugs could worsen effects of the virus.

The new research examined data on 72,000 COVID-19 patients admitted to 255 health centers in England, Scotland and Wales between January and August 2020.

Of these, 4,211 had taken NSAIDs before hospitalization.

It also found that those who took NSAIDs were "no more likely to be admitted to critical care, need invasive or non-invasive ventilation, or require oxygen."