No luck in search for remaining bodies on New Zealand volcano 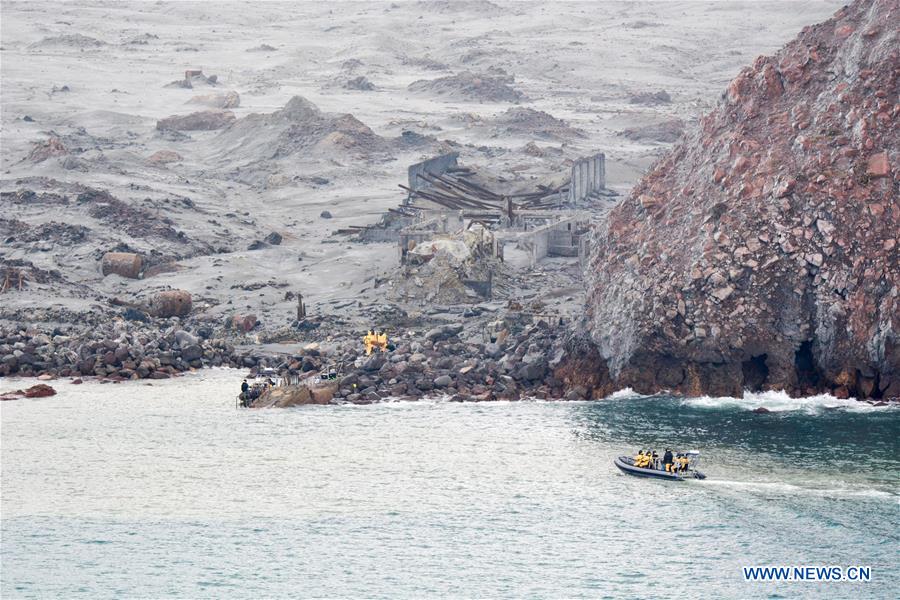 Search teams returned to New Zealand's volcanic White Island on Sunday but there was no sign of two bodies still unaccounted for after last week's eruption, as police released the names of four more victims.

Of the 47 people on the island -- a popular tourist attraction -- when the explosion took place, the death toll stands at 17 including the missing pair.

It is now believed the two may be in the sea, although divers searching the contaminated waters around the island on Saturday failed to locate one body seen floating in the area several days ago.

"The rescue teams are frustrated. We understand completely how frustrating it is for loved ones who want the bodies back," deputy police commissioner Mike Clement said when the land search party of eight police officers returned to the mainland.

He said there was "every chance" both corpses were in the water but the divers were "satisfied that the area we searched near the jetty is clear of the bodies".

There are 27 survivors in New Zealand and Australian hospitals, of which 20 are fighting for their lives after the eruption of the desolate island, which is the country's most active volcano.

The other three -- all Australians -- were Zoe Ella Hosking, 15, and her stepfather Gavin Brian Dallow, 53, as well as 51-year-old Anthony James Langford.

Clement said although the land and sea searches had so far been unsuccessful in finding the remaining bodies, police had not given up hope.

Scientists monitoring White Island said there had been no further significant activity since last Monday's eruption but the risk remained.

A glow was visible from the vent area overnight "which confirms there is a high heat flow present," said Geoff Kilgour, a volcanologist with GNS Science, which monitors seismic and volcanic activity in New Zealand.

"This has been confirmed today by an aerial observation this morning that noted an active crater is emitting volcanic gas at a high rate and very high temperature" above 200 Celsius (392F).

The disaster has raised questions about why tourists were allowed on a volcano where experts had recently raised threat levels.