WORLD No need to negotiate safe country status with US, says Mexico

No need to negotiate safe country status with US, says Mexico

MEXICO CITY, July 21 (Xinhua) - Mexico sees no need to negotiate the safe third country status with the United States given the recent progress made in the area of immigration, the Foreign Affairs Ministry said on Sunday. 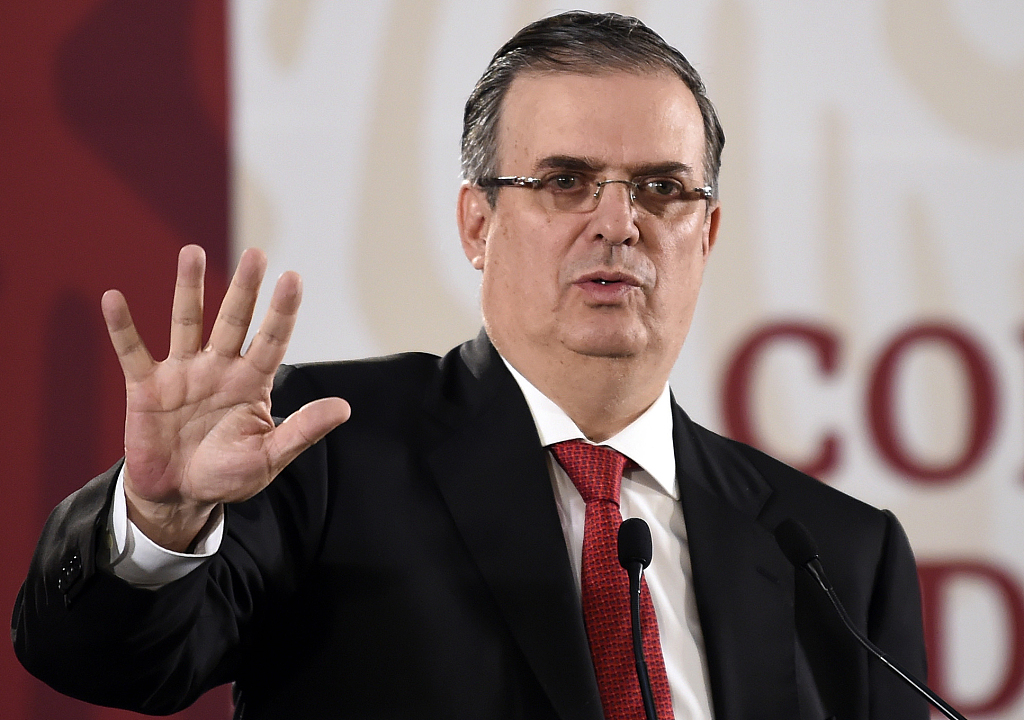 Mexico's Foreign Minister Marcelo Ebrard gestures as he speaks during a press conference at the National Palace in Mexico City, on June 10, 2019. (File photo: VCG)

"In the area of immigration, Secretary (of State) Pompeo recognized the significant progress of Mexico's operations in keeping with the June 7 agreement reached between the two countries in Washington," the ministry said in a statement issued after Mexican Foreign Minister Marcelo Ebrard met with US Secretary of State Mike Pompeo in Mexico City.

With that in mind, the ministry said Ebrard "does not consider it necessary to begin any type of negotiation regarding an eventual safe third country agreement between Mexico and the United States."

On June 7, the Mexican and US governments reached an agreement in a bid to drastically reduce the influx of undocumented Central American migrants into Mexico to reach the US border.

If the related measures failed within 45 days, then the two countries were to negotiate a plan that would allow most migrant asylum seekers to seek refuge in Mexico, as a so-called safe third country, instead of the United States, while Mexico is opposed to the plan.

During their meeting, Ebrard called on the United States to help stem the flow of illegal weapons into Mexico, especially at border crossing points such as San Diego-Tijuana, El Paso-Ciudad Juarez, and Laredo-Nuevo Laredo.