WORLD No need to panic over war in Korean Peninsula: GT Editorial

No need to panic over war in Korean Peninsula: GT Editorial 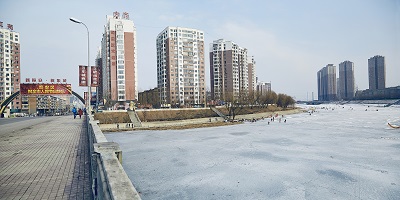 An official media report on nuclear knowledge on Wednesday sparked public concern about war risks in the Korean Peninsula amid rising tensions after Pyongyang's latest missile test in November.

"It is almost impossible for China to be dragged into conflicts in the very first phase of the war,”the Global Times assured the public in an editorial on Wednesday, saying that there is no need to panic.

Jilin Daily, an official newspaper in Northeast China's Jilin Province which borders North Korea, on Wednesday published a report elaborating on nuclear weapons and countermeasures after a nuclear attack.

The article on national defense education soon sparked fears of a possible nuclear war in the peninsula.

China at least is in a better security situation than South Korea, the editorial said.

Calling for unity and solidarity, it said,“China is firmly opposed to any military conflict in the Korean Peninsula, but we should always be on the alert and prepared to go to all lengths.”

On Tuesday, Jeffrey Feltman, the UN political affairs chief, arrived in Pyongyang for a five-day visit to North Korea, making him the highest-ranking UN official to visit the country in more than six years, Reuters reported.

Chinese Vice Foreign Minister Li Baodong met with Feltman when he visited China, where the two sides exchanged views on UN affairs and other issues of common interest, Geng said.

China's Foreign Ministry said Wednesday that South Korean President Moon Jae-in is scheduled to visit China from December 13 to 16 at the invitation of Chinese President Xi Jinping. Moon will also attend a bilateral summit during his visit.