WORLD No one arrested in border clash is prosecuted

No one arrested in border clash is prosecuted 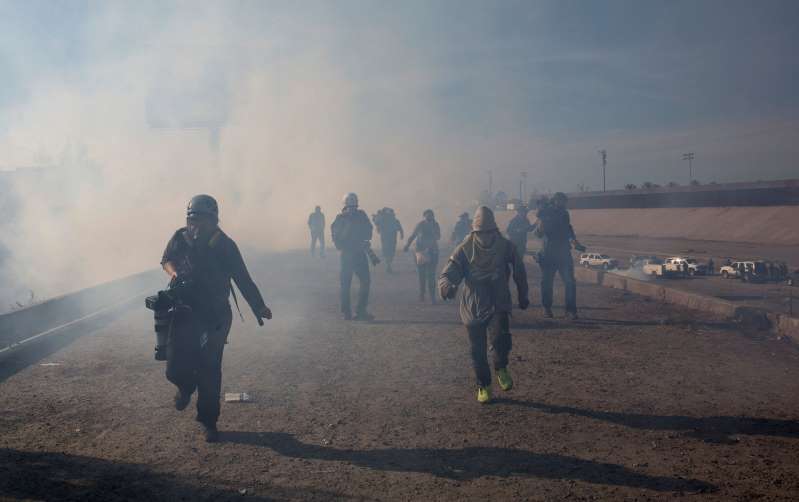 Migrants run from tear gas launched by U.S. agents, amid photojournalists covering the Mexico-U.S. border, after a group of migrants got past Mexican police at the Chaparral crossing in Tijuana, Mexico, Sunday, Nov. 25, 2018. (Photo: AP)

No criminal charges will be filed against any of the 42 people associated with a caravan of Central American migrants who were arrested in a clash that ended with U.S. authorities firing tear gas into Mexico.

The Associated Press has learned that the federal government decided not to prosecute the migrants despite proclamations from the Trump administration that it will not tolerate lawlessness over the caravan.

Customs and Border Protection declines to say why no one was prosecuted but a U.S. official says many came as families — which are generally exempt. The official said that in other cases, authorities didn't collect enough information to pursue charges, including names of the arresting officers. The official was not authorized to discuss the matter publicly and spoke to The Associated Press on condition of anonymity.

The official says two of the 42 were referred to the Justice Department for prosecution but charges weren't filed because the accused had medical conditions.